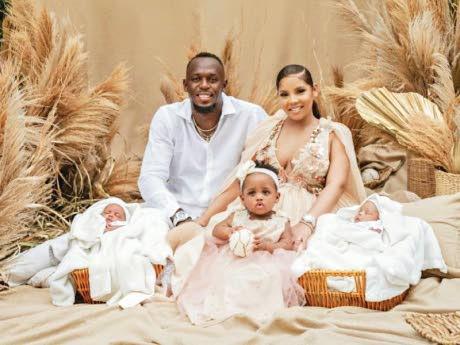 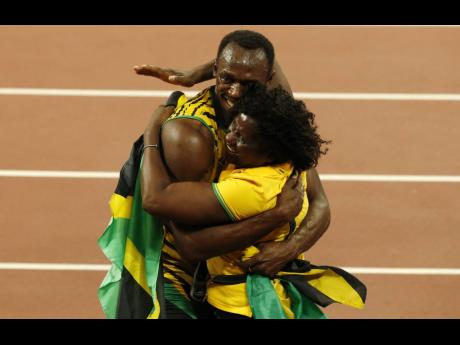 Usain Bolt celebrates with his mother Jennifer Bolt after winning the gold medal in the men’s 100 metres final during the World Athletics Championships at the Bird’s Nest stadium in Beijing in 2015.
1
2

Jamaica's sprint legend Usain Bolt is chatting big about his first child, Olympia, as he believes the toddler is already showing signs of the greatness he displayed to the world for more than a decade.

The world record holder in both the 100 and 200 metres, expressed his views candidly to STAR Sports, with his mother, Jennifer, kindling the ignition that started Bolt's urge to praise the three-year-old Olympia.

According to Jennifer, with Bolt now being out of the track and field limelight since his retirement in 2017, she is now missing the opportunity to be in the stands at international athletic events.

"When Usain competed, I was there waving my flag and cheering him on every time. The atmosphere was great and, because he was always winning, made it even more enjoyable," Jennifer said.

Bolt, who was beside her, chimed in: "She doesn't have to worry because I have retired. The way things look, my daughter Olympia is showing all the signs of becoming an athlete. At three years old, she amazes me with the athletic prowess she is showing."

Bolt had a distinguished athletic career with his first major titles being at the 2008 Olympic Games in Beijing, China where he won the individual 100 and 200 metres, both in world record times.

The following year at the World Championships in Berlin, Germany, Bolt was once again in record-breaking form, as he erased the 100 metres mark to establish 9.58 seconds and returned to dismantle the 200 metres record to set 19.19 seconds. Both records still stand.

According to Jennifer, Olympia is already showing all the characteristics of her father and also agrees that the toddler seems destined for greatness.

"She walks like Usain, she moves like him and is always ready to run. All the traits Usain had as a child are coming out in Olympia," Jennifer said.

The sprint legend is pleased by what he sees.

"The athletic signs are great. There is only one thing from her that I hope she does not take. I hope she will not grow to be tall like me," Usain expressed.

Jennifer offered him no comfort: "I feel sorry for you. How can you expect her to have all your traits and be as short as her maternal grandmother?" she asked with a chuckle.