Baby who died in hospital laid to rest 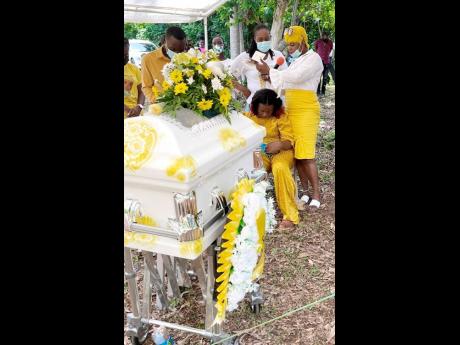 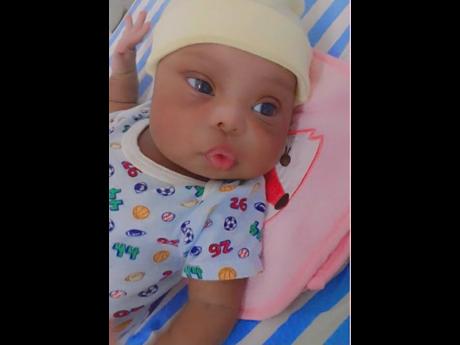 Last Friday was gloomy for Trishauna Watson and Chaviano Blake as they were forced to bid their daughter, Tiziana Blake, farewell.

Tiziana was only seven weeks old when she died at the Bustamante Hospital for Children in St Andrew on May 20, allegedly as there were no ventilators to assist with her breathing complications.

Watson, 21, said she is scared to venture down the road of motherhood again. She had harrowing memories with childbirth a year before the unfortunate situation with Tiziana.

"I have to give myself time to heal because it is scary thinking about having a next child. I won't get over this because it pains so much. Remember I lost a baby in miscarriage already," she told THE STAR. "They failed her, the system failed my baby."

"I'm still trying to get answers because when I'm looking at it in depth, somebody wasn't doing their job properly and caused my baby to die. I was expecting the hospital to take good care of my child because she was in their care. It hasn't been easy because I just still can't believe I had to bury my baby," Blake added. Tiziana was buried in Middle Quarters, St Elizabeth.

"It was a really sad day for me. I kept looking at the baby and kept saying this is not my baby. Tizie didn't deserve this, she did nothing to go that way," said the distraught Watson

According to information received by THE STAR when we first spoke to the mother, the baby was transferred from the Black River Hospital to undergo surgery because she wasn't breastfeeding. The mother was later told the baby had a urinary tract infection which was too far advanced for her body to conquer.

"If babies keep dying we are not going to have a future. The bigger heads need to step in and change some things," Blake said. The 21-year-old did his best to give his princess a good send-off. "I wanted to make sure everything went well for her last. She was a fighter and I just wanted to ensure she got the best even on her last," he said.

The parents also said that they have refused to meet with the hospital's officials.

"We refused because we still don't get the child medical records and we need that to know what questions to ask," Blake added.