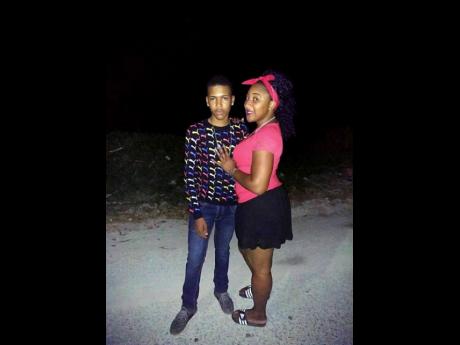 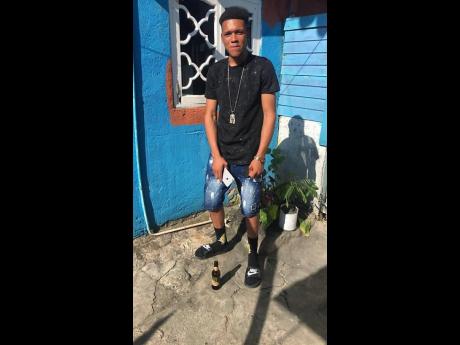 Audrey-Lynn Williams and her son, Patrick 'Chello' Gentles, shared a tightly knit relationship which was broken suddenly last Sunday when the 19-year-old died in a motorcycle crash.

Gentles, the last-born of four children for his mother, was so close to Williams that they often slept on the same bed, and he would sometimes wash her underwear.

"A me and him sleep every night, the corner a fi him and the end a mine. Him have a bed but him love him mother so much him prefer fi sleep with me. Sometimes me all a run him and say me a nuh you girlfriend, me nuh want you in a me bed," Williams, 55 years old, joked.

The memories of the close bond they shared are among the few things the Wheelerfield, St Thomas, resident has to smile about these days after her son died in a double motorcyle collision along the Hampton Court main road in the parish.

Reports from the Golden Grove police are that about 11:25 a.m., Gentles was driving his motorcycle along the main road when he lost control and collided into a motorcycle travelling in the opposite direction. Gentles and three other persons were injured as a result of the crash. He did not make it. A child and a pillion rider, who were on his motorcycle, were treated at hospital and released. The driver of the other motorcycle has been admitted to hospital in serious condition.

"It hard now fi know say him nuh deh beside me pon the bed a night-time," Gentles' mother told THE STAR. "Only the Almighty God alone understand."

Williams' last encounter with her son was mere hours before he died. He left his home in Wheelerfield with the intention of getting his hair cornrowed in a neighbouring community.

"The same day him leave $500 pon the table and say, 'Mummy, this a fi help cook the Sunday dinner'."

Williams was not expecting the dreaded news that came after he left.

"When me get call say him crash me couldn't believe. Me feel like me belly bottom drop out. A me likkle baby that so me never a look fi bury him."

Gentles, who is unfortunately included in the grim statistics, has been remembered by his mother as a caring and protective son who would do anything to make his mom happy.

"Sometimes me will half-wash me panty and lef them, and Chello wash out everything and pin them out. Even him sister a laugh after him because she nah wash them, but me boy just wah fi make sure me good at all times," Williams told THE STAR.

"Me lose a precious pickney because none a other three never wash me panty them yet."

She is now left to only reminisce on the memories they shared.

"Me have him picture them from him small a look pon because all now me in a shock. A just that me can do now and remember some nice time."

Gentles' sister, Shelly-Ann Grant, said he had dreams of becoming a soldier.

"I think him sign up and so, but I don't really know what was happening with it now. He was doing bike taxi for the time now, so him could bring in something because him was very ambitious," Grant said.

"Me remember him save him lunch money and use it fi buy a bike so him could ride go school because him always a try to elevate himself. Everybody in a the community look pon him different, all the teacher and principal them love him," she said of the Happy Grove High School past student.