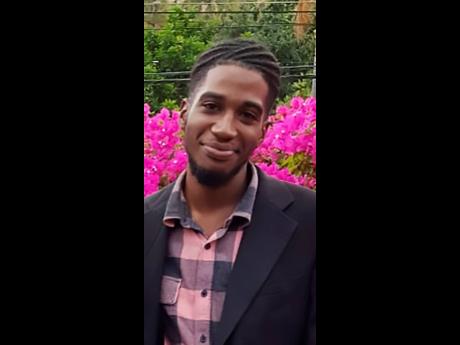 After two failed pregnancies, Angela Cole, 61, and her husband, 61-year-old Lambert, welcomed their only child, Lamaro Cole, in January of 1997.

Lamaro, 22, left his Orange Hill home in St Ann to pursue a degree in business at University of Technology (UTech) in 2016. His father said that Lamaro was passionate about business, technology and agriculture and had big dreams. However, before they could come to fruition, the former York Castle High School student died.

Lamaro perished in a car crash along the Sir Florziel Glasspole Boulveard in Kingston last Wednesday. Two other UTech students, Romario Nedrick and Devaughn Cunningham died in the crash.

“It is not easy at all,” the elder Cole said, as he struggled to come to terms with his son’s loss.

His mother said that he is “a prayer baby. It was prayer that brought him here because I thought I was losing him as well.” She recalled being hospitalised for two months while being pregnant with Lamaro and takes comfort in the fact that God allowed him in their lives for 22 years.

“He was a visionary, he was very ambitious, he had lots of ideas and he was a very deep person,” Lamaro’s mother said.

She told THE STAR that her son’s safety and well-being is always on her mind because he had night classes. She said that she would pray and ask God to guide him, adding that in the last few days she almost sensed as if something was going to happen.

“It was like he was going and I did’t know. I could’t get him out of my mind for the past week or so,” the mother said.

Her husband said that Lamaro was their prized possession, and he brought comfort and joy to him and his wife.

“To be honest, when we look at our son he made us feel like proud parents. We were happy for his accomplishments and the young man he blossomed into,” the elder Cole said. “But what can we do now, he is gone,” he added.

Nearly 70 persons have died in road crashes since the start of the year. Lamaro’s mother said that he and his friends were on their way back to the UTech, Papine campus, having gone out with friends earlier that night.

The morning before Lamaro died, his mother recalled praying to God, asking him “To let Your will be done in his life.” Within 24 hours she would get the worst possible news that any parent could receive – Lamaro was in a vehicle that was involved in a crash. None of the occupants survived.