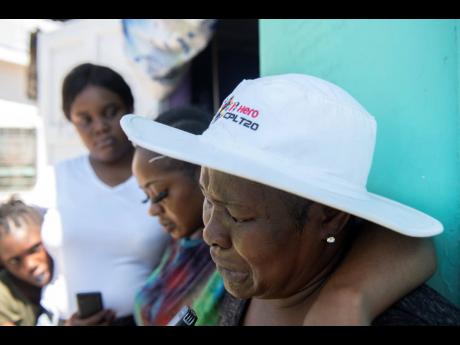 Marjorie Powell (right) is overcome with grief as she mourns the loss of her son. 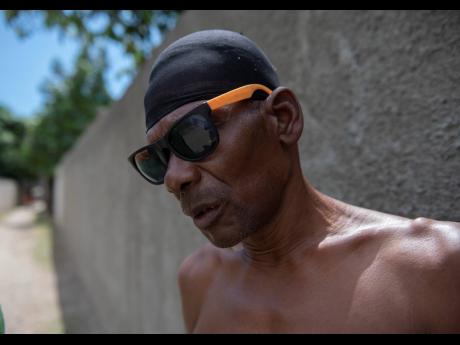 Michael English called his nephew Irvino a treasure, and likened him to Olympian Shelly-Ann Fraser-Pryce, who also hails from Waterhouse. 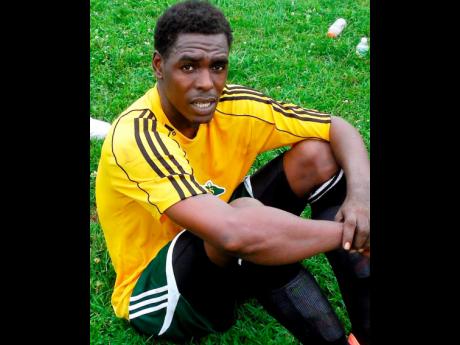 Marjorie Howell was on her way from work on Wednesday night when she received the shocking call that her eldest son, Irvino English, had been shot and killed.

Howell, who went to the Kingston Public Hospital to identify her son's body, said that she hasn't come to terms with his passing. She praised her son's great relationship with the family and said that she would love to see the person responsible for his death brought to justice.

"Bwoy, trust me, he was a great guy," the teary-eyed mother told THE WEEKEND STAR. "Everybody love him, the way him treat the kids and everybody else good," she said. "It real bad, man, and it has been going on for a while. It just have to stop man. God know, I'm praying and hoping."

According to the police, about 9:45 p.m., English, affectionately called 'Head' or 'Dada', was at a corner shop on Ashoka Road in Waterhouse, St Andrew, when a motor car approached. An occupant of the vehicle opened fire hitting him several times. He was taken to hospital where he was pronounced dead.

When THE WEEKEND STAR visited the late footballer's home, family and friends were seen in his yard mourning the death of someone they deemed a humble family man.

Daniel, a resident of Ashoka Lane, saw English as his personal inspiration. He said that the community of Waterhouse has lost a hero.

"Is not like him is a bad person. Memba seh is one a we national balla. Me just have him as a national 'cause when me a pass him, a suh me hail him," he said "Me know him as a good person. Everybody feel it cause right now, (mi) feel like seh mi would cry," he said.

Ashoka Road is part of the St Andrew South Police Division, which is currently under a state of emergency. According to police statistics, 22 murders and 21 shooting incidents have taken place in the division between January 1 and February 22. Residents of Ashoka Road said that their community has not been spared.

Pat, a business operator, said acts of violence are taking place despite the presence of the security forces.

"Dem deh right up deh suh and man come kill man right yah suh," she said, making reference to the fact that English was killed a short distance from a police/military checkpoint. "Me nuh see dem a do nuttin. All dem a do a run we off a street a night time when we fi deh yah and see wah really a gwaan. Sometime me shop haffi lock and dem a bad we up and them supm deh," Pat said.