Young lady telling lies on me 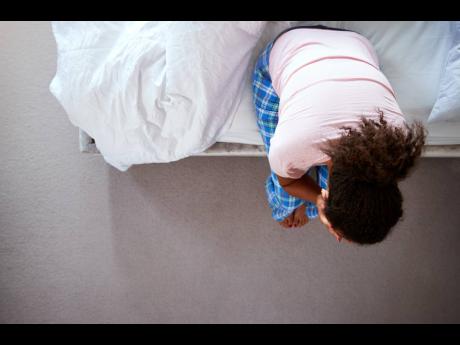 I am 35 years old and I live in the country. I am not married, but I live with a woman. She has two children for me. Her older sister died and we attended the wake and the burial the following day. The place was very small and we all had to sleep together. One of her sisters has a 16-year-old daughter and she was sleeping close to me. After the funeral, I was told by my child's mother that she complained to her mother that I was feeling her up.

The wake went on until almost morning. I was only trying to get a little sleep. My babymother was with the baby and everybody just tried to get a 'kotch' here and there. I never touched that girl. She told this vicious lie on me. Now her mother is trying to tell my babymother that I am no good and she was thinking of reporting me to the police. My girlfriend asked her how she could be sure that the girl was not telling lies. She said the girl has no reason to do that. I will not go back to their place. I helped to bury the deceased by contributing $25,000 and I was there to give them my support.

My babymother and I have no problems together, but this girl just hates me. She is a schoolgirl and I don't want to have anything to do with schoolgirls. I am a tradesman; I work on houses, and people in my district know me very well. I have gone to many homes and I have never touched people's children.

I am really hurt. When my girlfriend tried to defend me, they told her that she will find out that I am a dog. We were planning to meet together for Christmas but I don't want to be around them. My girlfriend said that we should all go and discuss the matter with them at that time and if I don't go, it would look as if I am guilty. What do you say about that, Pastor, and about the accusation levelled against me? I am looking in the paper for your answer.

It is regrettable that you did not just sit on a chair and sleep for a few hours after the wake was over. On an occasion such as what you described, many people could take a 'kotch' on a bed. It is just a little space to lie down and rest for a short period of time.

I don't know you and I don't know the young woman. With so many people on the bed, why would you be so crazy to fondle this 16-year-old girl? But if it did happen as she is alleging, then you would have to be considered as a dirty, good-for-nothing man. What would cause this little girl to accuse you of fondling her if you did not do anything? Could it be that you were half drunk and you were not in total control of yourself? I know that you might be upset with what I am saying, but it is a pity that you did not leave that bed for the women alone to sleep on.

I hope that you would reconsider the decision you have taken not to be at the family gathering in December. What your girlfriend should do is talk to her niece and tell her that whatever is being alleged about you is shocking to her. But everybody would be together and discuss the matter.

When you go there at that family gathering, make sure you don't sleep there; go back home. Don't curse the girl, but if you know you didn't fondle her, stand your ground.