Lost my soldier husband because I cheated 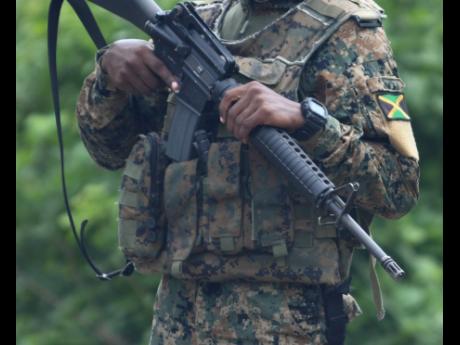 I am 35 years old and I have two children. I was married to their father, but now we are divorced. I got involved with another man while my husband was serving in the military. I never thought that that would happen to me. I grew up in the Church. I was taught to be faithful to my spouse. This man with whom I got involved was a charmer.

My husband called me every day, but this other man visited me and brought me gifts. One day, my daughter saw him kissing me. I was not aware that she saw us. When her father called, that was the first thing she told him. She was only eight years old. I denied it, but he was able to tell me more than what I thought, because my daughter told him. When I told him that she was lying, my daughter said that the man had his hands under my skirt. Pastor, that was the truth.

My husband is a great man. I love to see him in his uniform. He is very intelligent. The man I fell for is a nice guy, but my ex is superior to him. He told me he would not forgive me.

My husband was home for two weeks, and during those two weeks he never asked me for sex. Finally, I begged him to give me a special goodbye. No disrespect to you, pastor, but I had to do everything for myself while he lay there in bed. It wasn't pretty.

I write you now to ask you how I can get my husband back. The relationship I had with the man that caused him to divorce me is not working out. He has turned out to be a womaniser. My husband talks to me much better these days. However, he said that he doesn't have any feelings for me any more. He also said that he does not have any woman in his life.

Sometimes I say to myself, it is my daughter who caused my husband and myself to break up. I know I was careless, but where that man and I were, my daughter shouldn't be there. She was only eight years old. She did not have to tell her father that she saw this man kissing me. When she told her father what she saw, I was tempted to spank her, but I told myself that will only make matters worse. My daughter and her father are very close. He sometimes helps her with her schoolwork online.

I know I am asking you for a whole lot, but please tell me how to get back my husband.

I am going to disappoint you. Your husband has made up his mind long ago to end the marriage. The divorce went through. It is unfortunate that both of you had a long-distance relationship and you found it difficult to remain faithful to him. The marriage is over. It is done! It would take a miracle to bring you all back together; and he is not interested.

Girl, you made a terrible mistake. You will always regret what happened. I am glad that you exercised enough common sense not to beat your daughter for telling her father what she saw. Children know when their parents are fooling around with others. It is not your daughter who has destroyed your marriage; it is the young man and you.

You say that this guy has proven to be a disappointment and that he is a womaniser. He doesn't care. I know the father of the children is taking care of them. You should try your best and take care of yourself. Even if you have to go back to school, do so and get yourself a profession. Make sure you don't develop any hatred in your heart for your daughter. I wish you the very best in your life.