Don’t want my boyfriend to go abroad - I’m afraid he will find another girl. 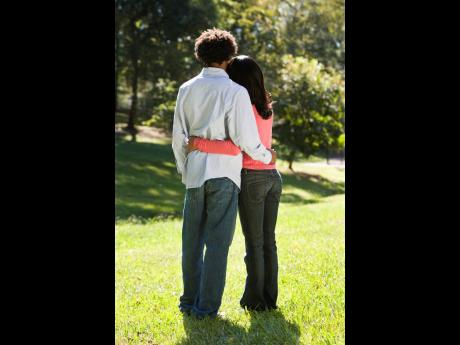 I am 17 years old and my boyfriend is 21. We have been intimate for one year. I had another boyfriend and when I turned 16, he tried to have sex with me.

I had promised him that we would have sex on my birthday, but I changed my mind and he was upset. We had a little fight and I ran and this guy saw me and called me, so I ran to him. I explained that my boyfriend was forcing me to do what I didn't want to do and he told him to leave me alone and he threatened him. So, from that day, me and that guy became friends. He gives me everything I ask for. We have sex, but he does not pressure me for it. He took my virginity.

He has a babymother. He left her because of me. But he supports his daughter. I don't know what I would do without him because my parents are poor and I have needs. My boyfriend is meeting these needs. He is living with his mother and his sister. I can go to his home. But he has lied to his mother about my age because I look older than I am.

I am planning to go back to school. My boyfriend told me that he would try to help me but I should try and get a job. Once I thought I was pregnant but I was not. He doesn't want to get me pregnant. My mother told me that if he truly loves me, he will come back and marry me. But I am so worried. Tell me what to do.

It is unfortunate that your boyfriend lied to his mother about your correct age. This man took you to meet his mother and he should have spoken the truth. How is he going to correct that now? This man rescued you from an abusive boyfriend and then both of you became lovers. You said he has been very good to you. But you are worried because very soon he will be going abroad. You are worried because he treats you well and you believe that you may not be able to meet your expenses when he leaves. You need not worry.

Your mother is correct. If this man loves you and means you well, he will come back and marry you. It might take some years, but good men keep their word. Of course, that does not mean that he would not date other women. That kind of guarantee he would not give you. But some men, even if they become involved with other women, return to their Jamaican girls and marry them. I don't mean to imply that a guy should fool around with different women, but I am just trying to tell you what may happen.

Try your best and go back to school. Don't throw yourself around with different guys when he is away because if you do, he will accuse you of being unfaithful. But don't fret over this guy. Trust in the good Lord and everything will be all right.