My boyfriend doesn’t measure up 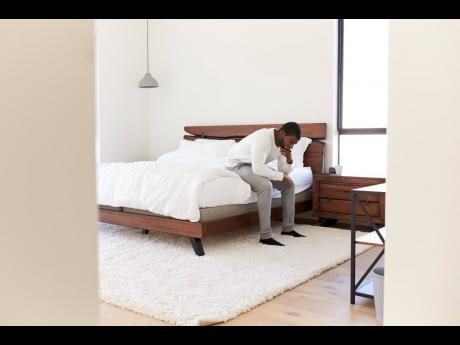 I am a 30-year-old woman and I have two children. One is seven years old and the other is three. Their father is dead. He did not have much. We were not living together.

But my relatives help me to take care of the children. I got a job, and I met a 50-year-old man who has been a real help to me. He is strong and all that. But he has never been able to satisfy me. For a big man, he is not 'carrying anything'. He is small. But I have never cheated on him.

When we first started to go to bed, I mentioned it and he told me that no woman has told him that he was too small. He suggested that maybe it is because I have two children. I would like to hear from you on this matter.

There are many people who believe that women who have children cannot bring satisfaction to men because they become very 'large'. Such men are uninformed. You having two children is not the reason why this man is not satisfying you. You say he is very small. I don't know what that means. I do know that the erect penis is about five to seven inches long. But there are some that are smaller than five inches. Length has very little to do with sex if the clitoris of a woman is well stimulated. But there are women who do not want to be touched down there. In counselling sessions, I have had women tell me that they do not believe in foreplay, and they do not want their husbands to touch their clitoris.

I can only say to you that perhaps what you and this man need to do, is to go and see a family counsellor who is trained as a therapist. He or she should be able to help both of you. I would like to hear that you and this man have received help, that both of you are going to get married, and that he is being a good father to your children.