Think my wife has an American boyfriend 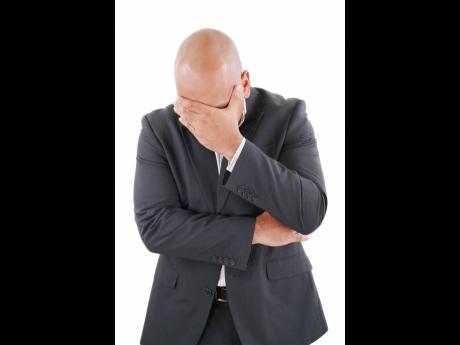 I am a 42-year-old man. Pastor, you officiated at my wedding. My wife and I had two children before we got married, so when we got married it was just to make our relationship 'official'.

My wife had a child before, which I have accepted as mine. A few years ago, my wife wanted to take a trip to the US. I had no objection.

Two weeks turned into three weeks, and three weeks turned to four. I asked her when she was coming home and she kept putting off the date. I told her she should not spoil her visa.

Pastor, she was there for six months. It was my children who had to take care of me. When she came back, she said that people told her that I had a girlfriend. Nothing like that happened. She said that she found condoms in my pocket. I admitted that I had condoms in my jacket pockets, but I never used them.

My wife is now asking me to allow her to go back to the US. I told her that if she goes, I will find another woman. I can swear that during the time that she was away I never looked at another woman. I told her to ask her children if they ever heard me talking to another woman or if they had ever seen me go out with any. Another thing, Pastor, this woman had a job up there, yet she came home without any money.

She refuses to tell me what she has done with her money. All she wants to do is to go back to the US. Don't you think that she has a boyfriend in the US? I would like to hear from you.

I don't know if your wife has a boyfriend in the US and that is why she is eager to go back. Perhaps while she was there working she enjoyed doing so, so she decided that it was better for her to stay there than to come back to you. Perhaps what she earned, she saved it, because she has plans that she has not yet revealed to you.

As you probably know, a woman does not tell a man everything. She might have this money in a joint account with a relative who lives in the US.

Her relatives there could have told her not to divulge how much she has, because you may probably want some of it. Some women don't want men to know what they have or what they have saved. Some say what they work for belongs to them. They say their money is their money, but the money their men earn belong to the men and them. I suggest that you don't even ask her anymore what she did with the money she earned.

If she insists that she wants to go back to the US, you should not try to prevent her from doing so because if you do, while she is here she will never be happy, as her mind is not in Jamaica anymore. Her mind is now in 'farrin'.