Should I tell this man he is fathering a jacket? 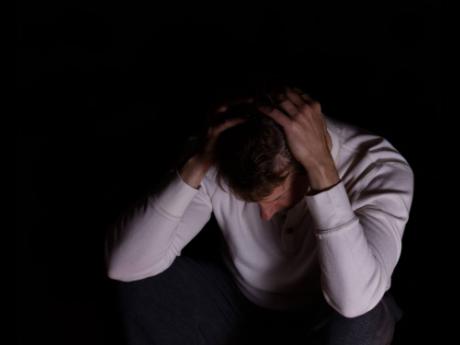 I am a 30-year-old man. I have been reading your column and listening to your radio programme for a long time. I have finally decided that it is time for me to share something with you.

Maybe it would make me feel so much better. I am Jamaican but I do not live in Jamaica. I visit my country once or twice a year.

On one of my visits, I met a young woman who I went out with. At first, she did not tell me that she had a boyfriend. They were not living together but he was her man.

Anyway, I had my steady woman in the US and I told her so. We were both 'stealing love on the side'.

Unfortunately, we were careless and had unprotected sex. She became pregnant. When I heard the news, I knew she was not lying.

But the child looks just like me. I talked to my aunt, who is a pastor, about it a few years ago. This man does not know that the child is not his and the woman says she has not said a word to him about it. He is happy to have the boy as his son.

Since then, she and the man have got married. Don't you think it is right for the boy to know his biological father? My aunt said I should let sleeping dogs lie.

I am in a position to help my son. I have a good job. I probably could help him to get a better education in the US. I know I was careless, but what do you suggest I should do?

Thank you for reading my letter.

Your aunt gave you advice and I think it is very instructive. But many who read this column today would criticise your aunt.

Maybe I should say they will condemn her for suggesting to you 'let sleeping dogs lie'. What has happened cannot be changed, cannot be undone.

You and the young woman had unprotected sex and it resulted in her pregnancy where a boy child was born. If at that time when the woman became pregnant she had told her boyfriend, it would have been easier to deal with. Her boyfriend could have said "I forgive you, I am not going to leave you, and we will stay together." But she did not inform him.

Perhaps she felt that he would have left her, and you had your girlfriend in the US. You did not give this young woman any encouragement or assurance that you were prepared to leave your girlfriend and be with her, so she lied about the pregnancy. You can't blame her for lying.

She knew that men had supported children over the years that are not their biological children, so she was prepared to give her boyfriend a 'jacket', and it has worked.

The man whom she gave the jacket eventually married her. I am putting it to you now, what sense would it make for you now to disturb this happy family and declare to the child that you are his father? I am not saying that he should never be told. The question is, when? Do you want this young man to hate his mother?

What would be your motive in telling him now? Is it because you believe that he will have a brighter future with you in the US? Or is it because you would like to see this woman and her husband break up so that you can have your way with her again?

Whoever wants to curse me may do so, but I am not prepared to tell this woman to inform her son that the man he knows as his father is not really his father. You are his father but you have not been a good father in any case.

Having said the above, the decision as to what the woman should do rests solely with her. Your aunt's advice is not bad at all; perhaps sleeping dogs should indeed lie.