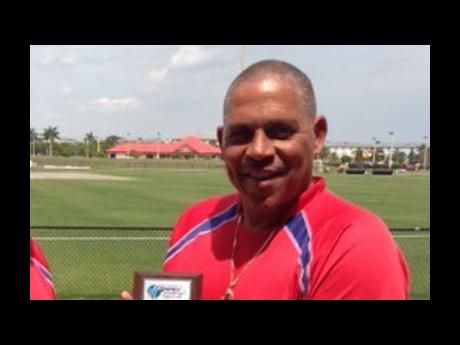 Bermuda has been chosen as the host country for the finals of the Americas Region Qualifier for the 2024 ICC T20 World Cup to be staged in the West Indies and the United States, officials announced on Wednesday.

Bermuda Cricket Board (BCB) president Arnold Manders said the tournament will be held in Bermuda from September 28 to October 8, 2023.

"As we prepare for another busy cricket season in the new year, the BCB is pleased to announce that Bermuda has been selected as the host to deliver the ICC Men's T20 World Cup 2024 Regional Final," Manders told a news conference also attended by Sports Minister Owen Darrell and Tourism Minister Vance Campbell.

"On behalf of the executive of the Bermuda Cricket Board, I would like to thank the International Cricket Council for giving us this opportunity to show the world why Bermuda, although small, is such a valuable cricketing nation full of rich culture and passion for the sport."

Bermuda also hosted the regional tournament in 2019 when the national team made it through to the Global Qualifier in Dubai.

"We are looking forward to once again hosting one of the biggest international sporting events on the island in 2023, securing the final position in the Americas Region on home soil and heading to the 2024 T20 World Cup," Manders added.

Bermuda will launch their qualifying bid when they compete against Bahamas, Belize, Cayman Islands, Panama, Suriname and hosts Argentina in an ICC Sub-Regional Qualifier from February 25 to March 4 next year.

The top three teams will then be joined in Bermuda by Canada for the Regional Final where they will compete for the last World Cup qualifying spot in the Americas Region.

England are the current T20 world champions, having beaten Pakistan by five wickets in the final in Australia earlier this year. England also won in 2010 while West Indies have twice won the tournament in 2012 and 2016.