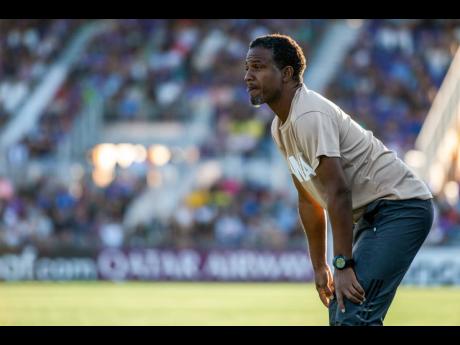 St George's College assistant coach Marcel Gayle is hoping that they will be rewarded for revamping their season when they face Tivoli Gardens High in the semifinals of the ISSA/Digicel Walker Cup this afternoon at 4:15 at Stadium East.

The 'Light Blues', in their quest for a return to past glory, are back in contention for silverware, after last year's early exit from the schoolboy football competition. They are hunting their first schoolboy title since the 2015 Super Cup (now Champions Cup).

The wait has been longer for Tivoli as they have not won a title since their 2005 Walker Cup triumph.

Gayle is expecting a fiercely contested battle, which he attributes to the style of play of both teams.

"It is going to be a humdinger that semifinal. Both teams would have prepared well for this one. More discipline and the attitude will make a difference in terms of who wants it the most," Gayle told STAR Sports.

Both teams have had more than two weeks to prepare since clinching their semi-final spots.

Gayle, despite the long period of rest and the possible effects that come with game inactivity, is optimistic about St George's chances in their effort to cap off a rebuilding year for the programme.

"Sometimes training doesn't give you the comfort that you want. We have put in a lot of work over the course of the week, so we will see. I know that guys worked hard this year so we want to go all the way," Gayle said.

St George's defeated Excelsior in the quarterfinals to reach the last four, while Tivoli dispatched Charlie Smith in their quarter-final game.

In the first game of the doubleheader at 2 p.m., Haile Selassie High will face Wolmer's Boys' School in a rematch of their Manning Cup quarter-final game earlier this month.

Wolmer's prevailed in that game 3-2 with both teams already eliminated from progressing to the semifinals.

Haile Selassie are hoping to win their first-ever schoolboy football title while Wolmer's are seeking their first since their 2016 Super Cup success.