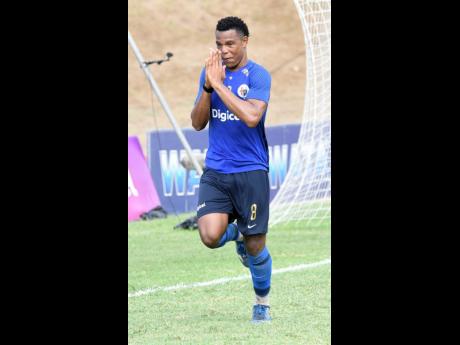 Jamaica College's head coach Davion Ferguson has injected his trump card and a familiar face from last season, Tarick Ximines, into their mix, as they go in pursuit of their 31st ISSA/Digicel Manning Cup schoolboy football title.

Ximines, according to Ferguson, had been registered for the season since August, but has only made his presence at the business end of the competition. He was on the bench in their first quarterfinal game against Wolmer's Boys' School on Saturday and started in their 2-0 win over Haile Selassie on Tuesday, which booked their trip to the semifinals.

Ferguson said that it was always in the plan to bring back Ximines, who also played for Jamaica Premier League (JPL) outfit Mount Pleasant, after last season's run to the final and believes that he can make a difference this year.

It is a decision that he hopes will bring rewards to JC, who, he believes, can still find another gear. While playing coy when he was asked if the move is similar to a poker player putting all his chips into the middle, Ferguson stated that he hoped that he was making the right moves at the right time.

"In competition, you have to play some form of poker. It was obvious at some point if we wanted to use him, we have to bring him back in terms of playing. So I think that the timing is excellent."

"We wanted him to have enough time leading into the final few games of the season. At this stage of the competition, we have to utilise all bodies. Each one gives you a push and I think he will definitely give us a push," Ferguson said.

JC qualified for the semifinals, along with St Andrew Technical High School (STATHS), from Group Two of the quarterfinals.