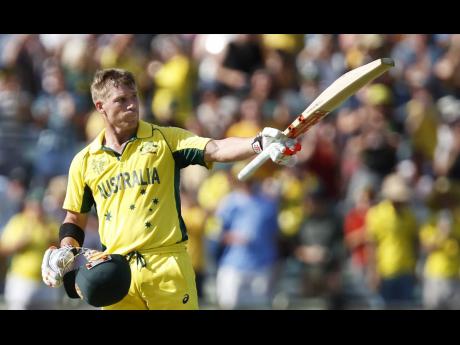 Veteran left-handed opener David Warner, along with fast bowler Mitchell Starc and all-rounders Mitchell Marsh and Marcus Stoinis, have returned to a 16-man squad to face West Indies in a two-match Twenty20 (T20) series next week in Gold Coast.

The quartet is part of a strong unit which also includes the fast bowling pair of Pat Cummins and Josh Hazlewood and which will be led by batsman Aaron Finch.

Neither Warner, Starc, Marsh nor Stoinis featured in the recent three-match 20 series in India which Australia lost 2-1.

The two matches against West Indies - on October 5 and 7 - will serve as added preparation for hosts Australia's campaign in the October 16 to November 13 T20 World Cup.

"We have and are taking a cautious approach with the World Cup on the near horizon," chief selector George Bailey said.

"To have four key players return gives us the ability to take a conservative path with any minor issues and resolve those well in time for the World Cup."

Fast bowler Kane Richardson and leg-spinning all-rounder Ashton Agar, neither of whom has featured since the Sri Lanka series in June, have been left out for the West Indies affair but will turn out against England in another preparation series from October 9-14.

"We anticipate Kane and Ashton will return for the following series against England," Bailey confirmed.

Australia will begin the defence of their T20 World Cup title against New Zealand in Sydney on October 22.

West Indies, meanwhile, will follow up the series against the Aussies with official warm-ups at the Melbourne Cricket Ground against the United Arab Emirates on October 9 and the Netherlands three days later.

The Caribbean side then face a tricky qualifying series against Scotland, Ireland and Zimbabwe to reach the main draw.