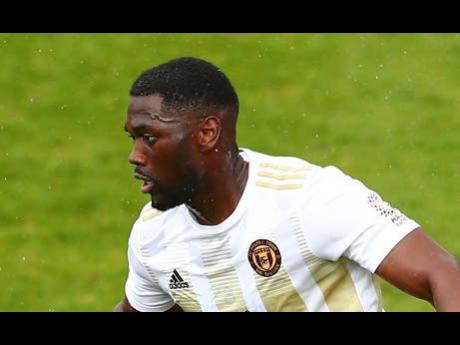 Jamaican forward Darren Stephenson helped Chester gain a share of the spoils with a long-range, second-half goal in a 2-2 draw at Chorley in England's sixth-tier National League North on Tuesday night.

The St Catherine-born 29-year-old put Chester - who led twice - ahead on 76 minutes, controlling a loose header from Scott Leather, taking a touch, and then rifling a shot into the bottom corner from 25 yards.

The goal by Stephenson, who joined the Cheshire club in June last year, sparked a mini pitch invasion by Chester fans behind the goal, but they were silenced when the hosts forced a second equaliser through Jack Sampson three minutes from time.

The draw - extending Chester's unbeaten run in all competitions to six - leaves them in 13th place in the table.

"Something I've got to change is, we have been in front twice and we conceded again in the dying minutes going into added time," he said.

"This has become a theme. That isn't just a theme this season, that is before my time [here] as well. We have to work very hard to change that."

Their captain, George Glendon, is expected to miss the rest of the season after suffering an ACL injury in a friendly last month.

Stephenson started his professional career at Bradford City just over a decade ago and has played for the likes of Southport and Tranmere Rovers.