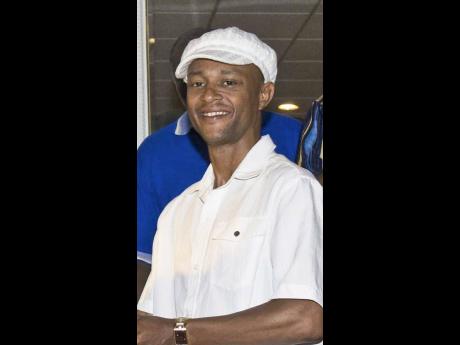 Ace jockey Patrick Husbands emerged from the weekend at Woodbine racetrack with stakes honours and victory in a Can$123,000 race, while Juan Crawford won for trainer Ricky Griffith and Tedston Holder also tasted success, as Barbadians dominated the celebrated oval.

The 49-year-old Husbands captured the $100,000 Bull Page Stakes on Saturday's 10-race card when he made all the running aboard 8-5 favourite POULIN IN OT, to beat the two-year-old colts and geldings in race eight over seven furlongs.

Husbands returned on Sunday to win race two with another favourite HILARIOUS AFFAIR, to complete a satisfactory outing.

Crawford's victory came aboard favourite DELILAH'S REVENGE, the veteran rider carrying the bay filly to a half-length, gate-to-wire score over the two-year-old maidens in a five-furlong dash.

Griffith, a former jockey, has six wins this season.

Trainer Holder, meanwhile, secured his lone win when Omar Moreno paired with 5-1 choice COO BIRD to beat the three-year-olds and upward by a neck in race one over 6-1/2 furlongs.

He has saddled five winners for the campaign.

Husbands took the headlines by his added-money score, however. He broke POULIN IN OT sharply to post fractions of 22.67 seconds for the quarter and 45.55 for the half, with HALF TO RELOAD and AWESOME BOURBON duelling from second.

POULIN IN OT came under threat from AWESOME BOURBON at the top of the stretch and was forced into a duel but Husbands asked the chestnut gelding for another gear and he responded to reach the wire 2-1/2 lengths clear in a time of one minute, 22.02 seconds.

"Looking at the race and getting on him, he looked like a legit horse," Husbands said afterwards.

"I just let him do what he wanted to do. He was doing it pretty easy and when Crawford (aboard AWESOME BOURBON) came to me, I gave him a tap and he just took off."

Husbands' success with HILARIOUS AFFAIR - 24 hours later - came in contrasting fashion. Going six furlongs for the three-year-old and upward maidens, the Woodbine legend raced the three-year-old bay gelding off the pace before producing a strong rally in the stretch to collar the leaders by 1-1/4 lengths.