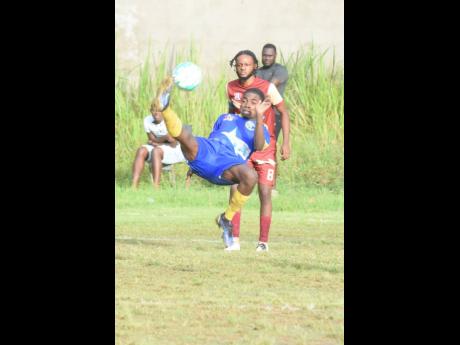 Both teams are going into the contest with six points from two games but William Knibb boast a superior goal difference and are yet to concede a goal.

Coach of Cedric Titus, Wade Crawford, said is he hoping they can come away with the advantage in what he anticipates to be a close contest.

"It is always a hard fight between us so I am expecting a humdinger as always. It's going to be a tight game, maybe it's just one goal that separates us. Hopefully, we can get that goal or even more for the win," Crawford said.

Dwight Jeremiah, coach of William Knibb High, said he is hoping they can seal all three points and create early separation in the zone.

"It's a top-of-the-table clash so that game could begin to separate teams. We know it's going to be a tough one but our aim is the three points," said Jeremiah.