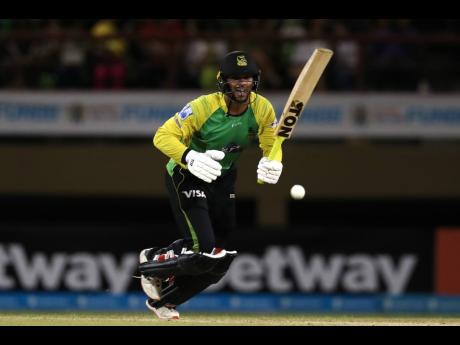 In what could be described as one of the most enthralling T20 contests, Jamaica Tallawahs were on the wrong end of a cracking Caribbean Premier League (CPL) encounter against the Guyana Amazon Warriors, losing by 12 runs at Providence.

Brandon King almost single-handedly took Tallawahs over the line, as his 104 helped them to 166 in 19.5 overs, chasing 179 for victory.

While King was superb with the bat, it was not the same for Tallawahs' bowlers, who farcically let the match slip after they were in total command.

Deciding to field first, Tallawahs had the Warriors struggling at 98 for seven in the 16th over.

Ironically, it was the Jamaican Odean Smith who breathed life into the Warriors' innings as his swashbuckling knock of 42 from just 16 balls, with six sixes helped the Warriors to 178 for eight.

Smith and Keemo Paul, who made 24 not out, added 74 runs for the eighth wicket off just 35 balls, as Migael Pretorius conceded 31 runs off the 18th over, Mohammad Amair 24 runs off the 19th and captain Rovman Powell 19 runs off the final over.

With a deflated finish with the ball, Tallawahs for the most part kept tabs on the run rate, thanks to King, however, wickets kept falling with regularity, which put the host in the driver's seat.

After a brief shower of rain, Tallawahs were 131 for six after 17 overs, with King on 80. The right-hander would go on to get his second CPL century before he was run out in the final over after facing 66 balls and hitting eight fours and seven sixes.

Despite losing their fifth encounter of the campaign, captain Powell had high praise for King's valiant innings.

"I think Brandon was fantastic and it is one of the better CPL innings I have ever seen. Having said that, it is a little disappointing when we sit and make plans as a bowling unit and it doesn't work out, but credit has to be given to Odean Smith and Keemo Paul who played well in the end," Powell said.