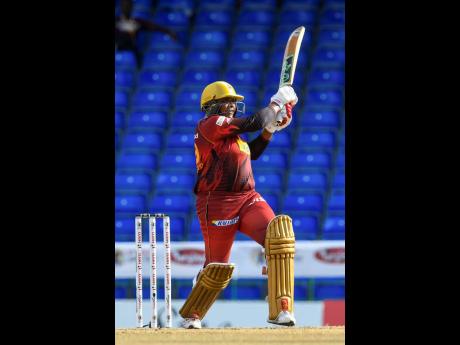 JAMAICAN NATASHA McLean will get another chance to don the West Indies colours after two years, as she has been named in a 17-member provisional squad to take on New Zealand Women in three one-day internationals (ODI) from September 16-22 at the Sir Vivian Richards Stadium in Antigua.

According to lead selector Ann Browne-John, McLean's inclusion was on the back of good performances in the recently concluded Women's Sixty and Women's Caribbean Premier League (CPL).

"With a few senior players unavailable at this time, for different reasons, like the experienced Anisa Mohammed, Kycia Knight and recently retired Deandra Dottin, the selectors were still able to get a blend of senior and developing players including Under-19 player Jannillea Glasgow and returning players Natasha McLean and Sheneta Grimmond.

Ultimately, we believe that captain Hayley Matthews, in her first series, will have a promising squad of players to start building with," Browne-John said.

A match-day squad of 13 players will be selected ahead of each ODI, with matches slated for September 16, 18 and 22 starting at 8.30 am Jamaica time.