It is all about momentum – Powell 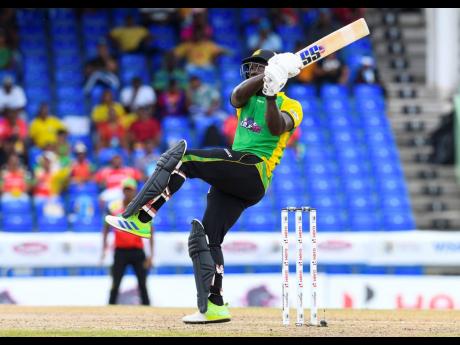 After the opening week of action in the Caribbean Premier League in St Kitts, the T20 show makes its way to St Lucia for another round of matches. Action gets under way today with two games.

In the second game of a double-header starting at 6 p.m. Jamaica time at the Darren Sammy Stadium in Gros Islet, the Rovman Powell-led Jamaica Tallawahs will put their two-game unbeaten run on the line when they face the winless hosts St Lucia Kings.

After comfortably getting the better of St Kitts and Nevis Patriots in their opening fixture, Powell had to dig deep in his batting repertoire to conjure up a match-winning performance against the Guyana Amazon Warriors.

Those two wins see the Tallawahs sitting pretty atop the CPL standings on four points with a healthy net run rate of 1.338.

Powell wants his Jamaican side to ride the current wave which he believes will serve the team well heading into the back end of the competition.

That good start by the Tallawahs has come about thanks largely to all-around efforts with both bat and ball, with opener Brandon King leading the scoring so far with 121 runs in two innings with a top score of 89.

The seam bowlers have also led from the front with Mohammed Amir, Migael Pretorius and Nicholson Gordon all taking four wickets apiece so far.

In the meantime, The Kings, despite losing their two encounters to date, will be buoyed by the return to their home ground with captain Faf du Plessis hoping the team can be inspired to turn things around and get a first win under their belts.

"It is early in the tournament, so it is more about ironing out our mistakes. There were a few areas we made mistakes. Hopefully, we can do better," du Plessis said.

The Kings will be hoping that Alzarri Joseph can continue his good form with both bat and ball.

He currently leads the bowling standings with six wickets and also tops the team's batting with 38 runs in two innings.

Much is also expected from overseas player David Weise and Trinidadian Mark Deyal who led the team in the absence of du Plessis.

In the opening match of the double-header, the second-placed Barbados Royals will face the third-placed Trinbago Knight Riders starting at 9 a.m. Jamaica time.