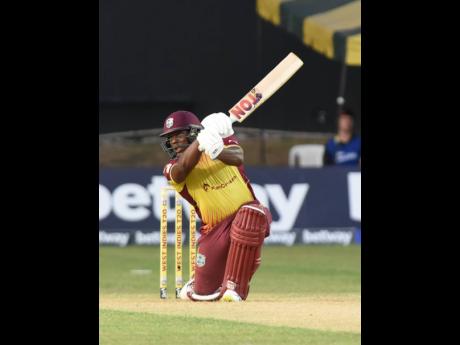 Jamaican burly all-rounder Odean Smith is currently a hot commodity as his popularity continues to rise on the international Twenty20 (T20) circuit and he is eagerly anticipating participating in the Cricket South Africa (CSA) T20 tournament.

The Kingston Cricket Club player and West Indies pacer Jayden Seales entered the draft with the highest base price of US$101,000. The other West Indians in the draft are Keemo Paul, Alzzari Joseph, Carlos Brathwaite and Shamarh Brooks.

Smith, who has played 19 T20s and five ODIs for the West Indies, is currently plying his trade with the Guyana Amazon Warriors in the Caribbean Premier League (CPL) and is looking forward to September 19, when he will know which of the six franchises he will represent in South Africa.

"I'm excited to be a part of the CSA T20 League. I have heard good things about South Africa and it's going to be my first time there. The tournament is new so I'm not sure what to expect, but it will be a good learning experience," said Smith.

Smith, who was also part of the Punjab Kings franchise in the Indian Premier League (IPL), is represented by GGSM Sports Limited. Their CEO and Managing Director Brad Gillings is pleased that the Jamaican can get another opportunity to showcase his talent in another big international T20 tournament.

"The CSA T20 League is one of the new franchise tournaments entering the T20 circuit and for Odean to be a marquee signing shows how far he's come in the last year. We have always known he can be a special player and now he's showing that on the international level.

"The franchise cricket circuit continues to expand and players like Odean Smith will continue to attract attention from all over the globe. He has played a lot of cricket since his reintroduction to the international scene, so we are selective when it comes on to which tournaments he participates in to ensure he has enough time for rest and recovery," said Gillings.

Four other West Indian players have already been signed from a pool of 30 marquee players. They are Jason Holder and Kyle Mayers (Durban), Romario Shepherd (Johannesburg Super Kings) and Obed McCoy (PAARL Royals).