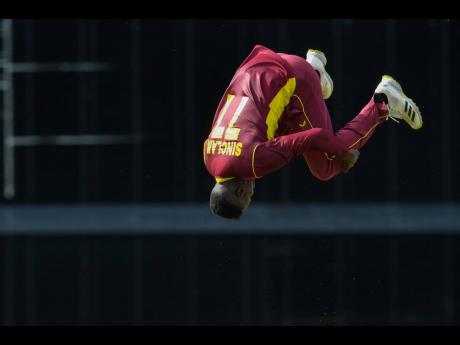 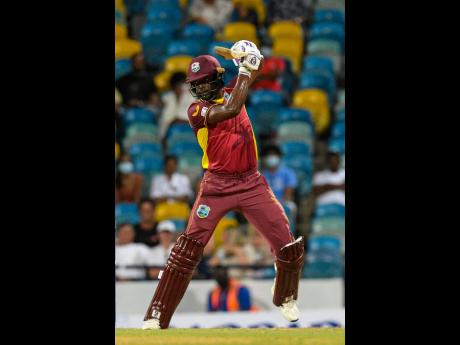 West Indies’ Shamarh Brooks drives during his innings of 79 in the match against New Zealand in Barbados yesterday. Brooks was named Man-of-the-Match.
1
2

Spurred by a half-century from Shamarh Brooks and three-wicket hauls by Akeal Hosein and Alzarri Joseph the West Indies were able to continue their dominance over New Zealand in the Caribbean as they restricted the visitors to 190 in 45.2 overs and then secured victory by making 193 for five in 39 overs.

Chasing a meagre total Man-of-the-Match Brooks stroked the New Zealand bowlers to different boundaries with a variety of shots in his knock of 79 that came from 91 balls with nine fours and a six to set up the win.

Brooks was the anchor of the West Indies innings, with captain Nicholas Pooran getting 28 and Shai Hope 26. Trent Boult picked up two wickets for 49 runs from his allotted 10 overs, with Tim Southee also getting two wickets from his 10 overs that conceded 39 runs.

Earlier, New Zealand were inserted by West Indies and left-arm spinner Hosein finished with three for 28 while seamer Joseph picked up three for 36.

New Zealand's captain Kane Williamson top-scored with 34 and Michael Bracewell, at No 7, got 31 while Finn Allen and Mitchell Santner both supported with 25.

Allen and Martin Guptill (24) gave the visitors a solid start by posting 41 for the first wicket but once Hosein removed Allen in the ninth over, the innings collapsed with six wickets going down for 81 runs.

Tottering on 122 for six at the end of the 30th over, New Zealand recovered first through a 40-run, seventh stand between Bracewell and Santner and then courtesy of a 27-run, eighth-wicket partnership between Santner and Tim Southee (12).

Seamer Jason Holder (2-39) returned to remove Santner and Southee with successive deliveries in the 45th over, however, as the New Zealand tail collapsed.