Parchment has high hopes for Tallawahs 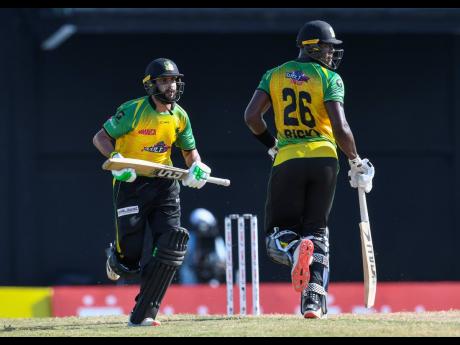 Former Jamaica Tallawahs assistant coach Brenton Parchment says this year's squad could be competitive. This is after seeing the Caribbean Premier League (CPL) Twenty20 cricket competition draft which was completed on Thursday.

The Rovman Powell-led Tallawahs have brought in left-arm seamer Mohammad Amir, who will be joining the Jamaican franchise for the first time having represented the Barbados Royals last season and claiming 11 wickets at an average of 13.54.

The other four overseas players have all had experience with the Tallawahs in the past. Nepalese leg-spinner Sandeep Lamichhane was with the franchise in 2020, when he took 12 wickets.

Left-arm spinner Imad Wasim, off-spinner Chris Green, and seamer Miguel Pretorius were all with the Tallawahs in 2021 and will return this season as overseas signings.

Also retained for this season are opener Kennar Lewis and batsmen Shamarh Brooks, while the Tallawahs have signed batsman Brandon King and all-rounder Fabian Allen.

For Parchment, the team has the feel of a good blend, which could do some damage and lift them from the bottom half of the CPL table to the top.

"When you look at the squad, I think it is the most balanced they have been in recent years," Parchment said. "I like the fact that they have retained some of the local stars and with good pace options and attacking and defensive spinners, they can be very competitive."

With Andre Russell moving to Trinbago Knight Riders, Parchment praised the effort of the management to include players such as Reifer and Springer who he believes can come up big for the franchise this season.

Parchment, who was with the team during the 2019 season, believes the Tallawahs' only blemish could be the lack of another proper batsman who would complement the battery of all-rounders in the squad.

"I think the only downside to this squad is the fact that they lack a touch player," he said. "They will depend heavily on Shamarh Brooks at that number four position. Ideally, they would want someone else who can bat during that crucial seven to 15 over period."

The 2022 men's Hero CPL tournament will take place from August 31 to September 30. The host countries are St Kitts and Nevis, Saint Lucia, Trinidad and Tobago, and Guyana. In 2022 there will be the first running of the Women's Caribbean Premier League (WCPL) which will feature Barbados Royals, Guyana Amazon Warriors, and Trinbago Knight Riders. The WCPL will take place in St Kitts and Nevis from August 31 to September 4.