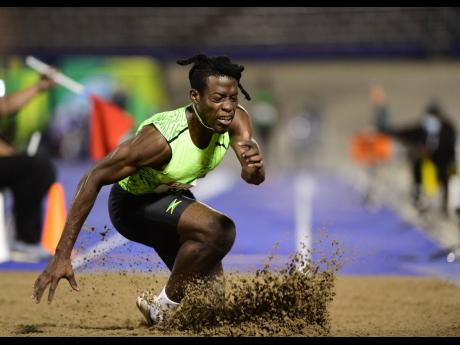 Tajay Gayle goes down injured during his participation in the men’s long jump final at the JAAA National Senior Championships at the National Stadium in Kingston on Saturday, June 25. 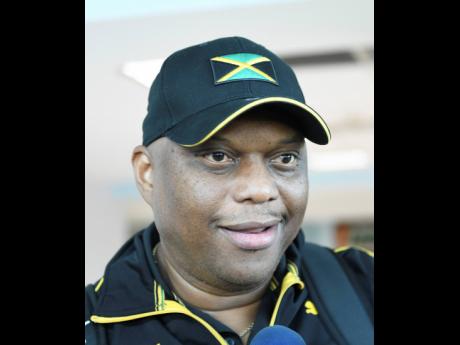 Team Jamaica's technical leader at the World Athletics Championships, Maurice Wilson, says that he is not ruling out another strong showing in the field events despite concerns about the health of some of the athletes.

The final squad for the World Championships was released last Friday with more than 60 athletes named to represent Jamaica.

While Wilson acknowledged that the form and health of some of Jamaica's top field athletes is not ideal, he says that they have the quality to continue the progress made from Doha in 2019.

"We do have new talent. but there is this huge jump that has to be made to be at the world-class level," Wilson told STAR Sports. "Presently, some of our top field event athletes are not at their best. But I do expect that once they are healthy, they will deliver."

Jamaica won four of their 12 medals at the 2019 championships from field events, the first time it won more the one medal from the field in a World Championships.

That success was highlighted by Tajay Gayle winning the men's long jump, the first Jamaican man to win the event. However, Gayle is among the athletes with injury concerns as he was injured at the National Championships last month. World Championship discus throw silver medallist Fedrick Dacres had an abductor injury he picked up at the Rabat leg of the Wanda Diamond League on June 5.

Even with those challenges, and some questions about form during the season, Wilson remained confident about the ability of the team to show its pedigree.

"I will never go against them in terms of predictions," he said. "Once they are healthy, I value their chances of delivering. I don't go off current form all the time. I do believe that once they are professional in their attitude and in their demeanour, they are capable of delivering when it matters."

The team is expected to arrive on Sunday, then they will take part in a four-day camp before the Championships starts on July 15.