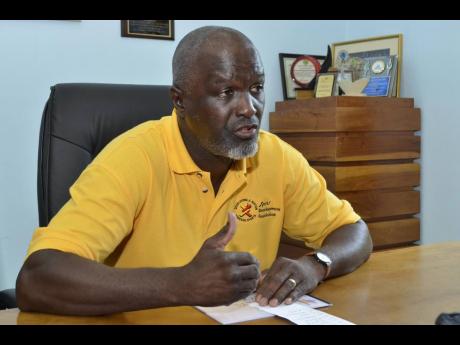 Sports Development Foundation (SDF) general manager, Denzil Wilks, says the $3.5 million monthly subvention to the Jamaica Football Federation (JFF) has been suspended in order to recover outstanding funds due to the foundation and it will only resume when the debt has been cleared.

The SDF, in a letter to the federation, said it will not release the allocation for June until the US $50,000 portion of US$105,000 owed to Professional Football Jamaica Limited chairman and PROVEN Investment Limited's chief executive officer Chris Williams is paid.

Williams provided the funding to arrange for a private charter for the Reggae Boyz to return home after a Nations League match in Suriname earlier this month. The players were almost left stranded in Suriname due to faulty travel arrangements.

"The funds specifically being addressed, once they come back into the coffers of the SDF we will return to normalcy subjected to of course improvement in performance. So the specific action was taken in regards to the recovery of funds. There is a specific amount involved and so over a period of time we expect that to be recovered," said Wilks.

He added that the money owed by the JFF should be recovered in less than three three months from the withheld funds.

"But we have a commitment from the federation to make good but if they do not make good within that time the withholding will continue to take place until the funds are recovered.

Wilks also confirmed that Williams has already been fully compensated by the SDF, and it's only for the JFF to clear the portion owed to the foundation.

Efforts to get a response from JFF president Michael Ricketts were unsuccessful, as calls to his phone went unanswered.