Gregory Prince off to Texas Tech 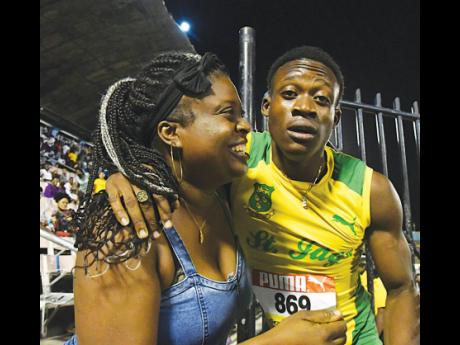 St Jago High School’s Gregory Prince (right) and his mother Tracey-Ann Cooper after victory in the Class One Boys 400m final at the ISSA/GraceKennedy Boys and Girls’ Athletics Championships in Kingston in April. 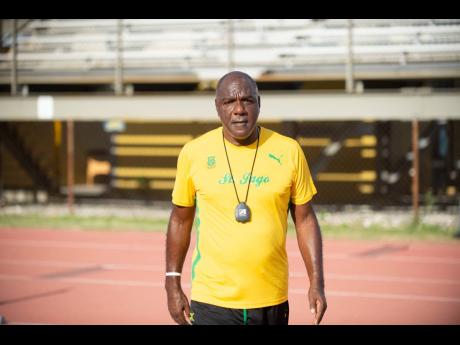 National junior sprinter Gregory Prince says that he does not take for granted the opportunity he now has as the newest member of the Texas Tech University track and field programme.

"This is a great thing for me in terms of my family," Prince told STAR Sports. "Nobody got this chance to go overseas to college. So this is me doing it for everybody."

Prince's coach Bertland Cameron says his move to the university was the result of a courtship that started last season.

While there were many selling points for Prince during the recruitment, he said that what impressed him the most was the resources that he will have in training.

Prince's mother and his coach emphasised the importance of getting both academics and athletics in sync to further his dreams.

"It is mostly my mom who talks about my academics and balancing it with track and field and everything," he said. "It is really tough for athletes to do this, but I guess I am doing it well."

Prince's immediate focus will be his preparations for the National Trials next weekend and his pursuit of his first senior team for the World Athletic Championships in Oregon next month. Cameron says that Prince has every chance of succeeding should he focus on his race and technique.

"When they move from junior to senior, they get a bit nervous and do different things," Cameron said. "But if he continues to run the race as I taught him, then he should do well."