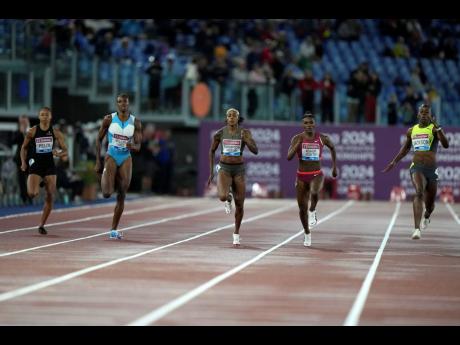 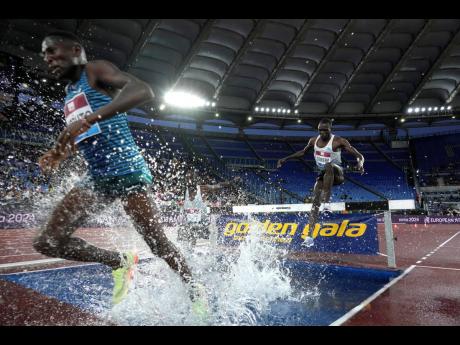 After landing an upset win in the 200m at the Wanda Diamond League meet in Rome, Italy, on Thursday, Tokyo Olympic Games 100m bronze medallist Shericka Jackson says a maiden individual World title is the goal as the World Athletics Championships draws closer.

The win is her first of the 2022 season and it's also the second fastest time in the world this year. Jackson said that she is determined to end the wait for a gold medal this season.

"I definitely know that (if) I perform at my best, I will make the time," she said after the race. "After the [National] Trials, and [if] everything goes well, my aim is to add a gold medal to my name. I have many individual medals at 400m and 100m, but I need to get that gold medal in any event that might be. This is my aim this season."

Only Tokyo Olympic 200m silver medallist Christine Mboma of Namibia has run faster this year, when she clocked 21.87 on April 30.

Thompson Herah said she was satisfied with the time and is focused on preparation for the National Championships in two weeks.

"I ran a season's best, I cannot complain," she said. "I still have to work on some stuff. Now I concentrate on my nationals and I am looking forward to the World Championships."

Britany Anderson clocked a season's best of 12.50 to finish second in the women's 100m hurdles. Tokyo Olympic champion Jasmine Camacho-Quinn won in a meet record and world-leading time of 12.37. Former World champion Danielle Williams was fifth in 12.90 and Olympic bronze medallist Megan Tapper was seventh in 13.08.