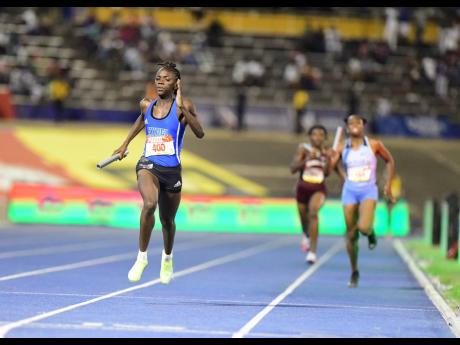 Brianna Lyston anchors Hydel High School to victory in the Girls 4x400m relay final at the ISSA/GraceKennedy Boys and Girls’ Athletics Championships at the National Stadium on Saturday, April 9. 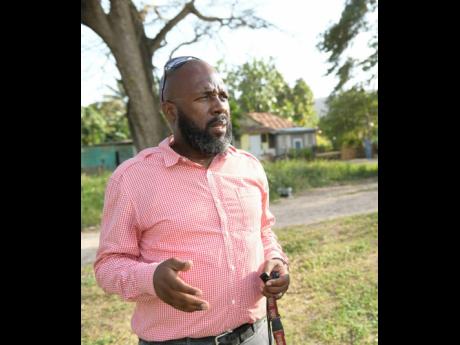 While acknowledging that Edwin Allen will be difficult to beat in the 4x100m at the Penn Relays (Penns), Hydel High School head coach Corey Bennett says they are hoping to outperform their rivals.

Twenty-six Jamaican high schools and five college teams are listed to take part in the three-day Championships, which gets under way at the Franklin Field in Philadelphia, Pennsylvania, today at 9 a.m. Jamaica time.

The Edwin Allen quartet of Serena Cole, Brandy Hall, and the Clayton twins, Tina and Tia, have been in impeccable form this season, demolishing the Class One 4x100m record at the ISSA/GraceKennedy Girls' Athletics Championships (Champs) with a 43.28-second clocking.

At the 2019 Penns, the team of the Claytons, Cole and Kevona Davis romped to victory in a record 43.62 seconds, the school's second sub-44 mark at the event.

However, Hydel, who are the second fastest Jamaican high school team, with a time of 44.40, will be led by Brianna Lyston.

The other members of the team are Kerrica Hill, Alana Reid and Oneika Wilson.

Bennett said that he is hoping that his athletes will adjust quickly to the cold conditions in Pennsylvania so that they will be able to produce a good showing in the event.

"I am just hoping that we will be much faster than we have been all season," he said. "This is the relays, so anything can happen.

"They (Edwin Allen) have a team that seems to be unstoppable because they have the high school record and I don't think that many persons will be given a chance against them."

However, Hydel, the fastest Jamaican team in the 4x400m with a time of 3:33.76 minutes this season, is favoured to win the event at the Penn Relays. Edwin Allen with 3:37.71, and Holmwood (3:38.34) are the second and third fastest teams, respectively, this season.

Bennett pointed out that a few of their runners will be missing from the event but despite this he still expects an excellent performance from his girls.