Male netballers looking to take the next big step 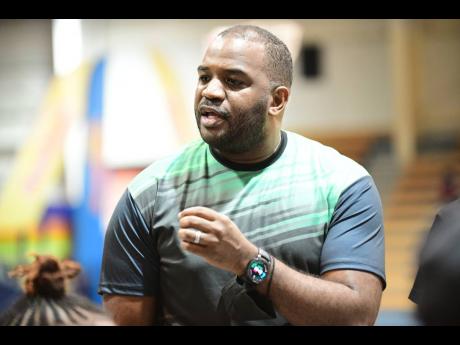 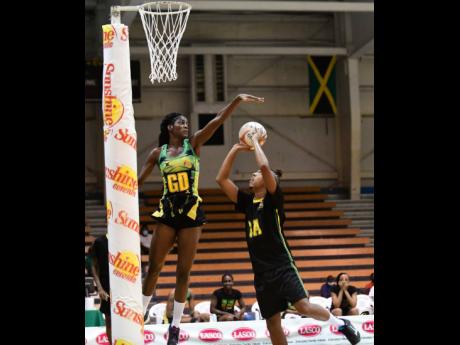 Head coach of Jamaica's male netball team, Shawn Murdock, says they are now planning to capitalise on the exposure they received while competing against Trinidad and Tobago and the Sunshine Girls in one-off friendly matches last week.

The men, who replaced South Africa for the series, gave a good account of themselves in both matches, as they defeated Caribbean side Trinidad and Tobago 66-22 before going down 51-45 to the Sunshine Girls in their final game.

Both matches were streamed live around the world and, according to Murdock, this has brought a lot of attention to male netball in Jamaica.

"It is more popular now and we have been behind the scenes with the Sunshine Girls for a very long time and it is good that we got an opportunity to play under the cameras and were seen worldwide," said Murdock.

"This has certainly given us a lot more recognition for sure because I keep looking at the social media when the media houses post that the games are on, and a lot of persons are now becoming aware of male netball and they are now following the sport," he said. "I think this is a good push for us and the recognition now will get more people understanding and appreciative of the males and what we bring to the sport.

"We have a good crop of guys within our set-up but we would not have had all the guys for these matches because you had to be vaccinated to play, and so some players could not play because they are unvaccinated. Nonetheless, they really gave a good account of themselves and I am proud of their efforts," he said.

Murdock pointed out that the male netballers are self-funded and they are now seeking the assistance of corporate sponsors as they look to compete in a male tournament in St Vincent and the Grenadines in August of next year.

"There has always been a male league in Jamaica and so we are preparing for male championships in the Caribbean next year in St Vincent and the Grenadines, which is endorsed by Americas Federation of Netball Associations (AFNA)," Murdock said.

Meanwhile, Kurt Dale, captain of the male team, also stated that they are very happy for the recognition that they received over the past two weeks, and they are hoping to build on this going forward.

"I think it will do wonders because a lot of persons in Jamaica never knew about male netball before this series," said Dale.

"I think that viewing worldwide is excellent because a lot of persons have been texting me and persons on social media have tuned in, and so we were exposed to the world and for that we are grateful," he said.