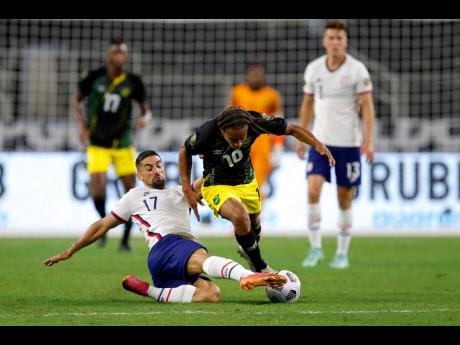 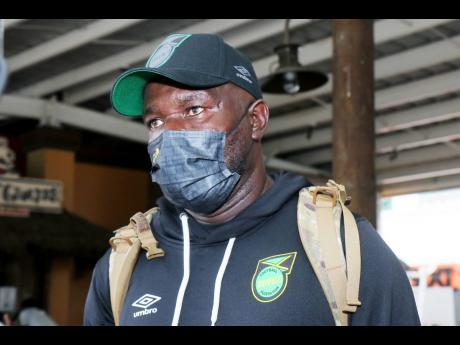 With just one point from their first three matches, a very desperate Jamaica Reggae Boyz contingent will enter today's Concacaf World Cup Qualifying football match against the United States in Austin, Texas, determined to secure all three points, as they look to get their campaign back on track.

The Reggae Boyz have not won in their last five matches and have not kept a clean sheet in six previous games.

In the first-round qualifiers in September, the Jamaicans lost 2-1 against Mexico in Mexico City, they were beaten 3-0 by Panama at the National Stadium, before drawing 1-1 with Costa Rica in San Jose.

Mexico lead the standings with seven points, with 11 games remaining for each team in the Qatar 2022 World Cup qualifying tournament. The United States, Canada and Panama have five points apiece, while Costa Rica, Honduras and El Salvador have two points each.

Jamaica's team has been hit with a number of injuries to key players, with the likes of Daniel Johnson, along with forward Cory Burke and defender Liam Moore are also unavailable.

They will also be without West Ham United striker Michail Antonio, who has made himself unavailable for all three matches.

Head coach Theodore 'Tappa' Whitmore has acknowledged that today's encounter is very crucial for his team and therefore they must play well in order to secure all three points.

"Every game we play, World Cup qualifier, friendly, is a must win. It is the story of my life," said Whitmore. "But again, we have played three games and results haven't been in favour the way we want it."

Whitmore pointed out that despite the injury setbacks, the players are in a very positive mood and, therefore, he is expecting them to give a good account of themselves against the Americans.

"Despite injuries and players (being) out we are looking forward to a positive performance from the guys tomorrow (today)," Whitmore said. "We are down but we are not out, we just have to go out there with what we have. I think the guys know the situation, we just have to carry on."

Following today's match the Reggae Boyz will then return home to tackle Canada at the National Stadium on Sunday, before closing out their three-match October schedule with Honduras away on October 13.