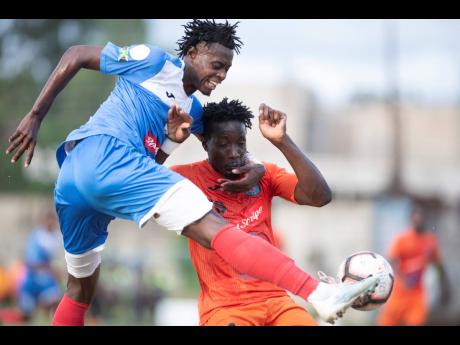 Head of the Constabulary Communications Unit, Senior Superintendent Stephanie Lindsay, told STAR Sports that Johnson also been charged with conspiracy to murder, illegal possession of a firearm, and shooting with intent. Two other men were also charged.

Lindsay says all three men are expected to appear in court tomorrow.

"These are allegations, but at the moment, based on all the evidence that were collected by the detectives, they have reason to believe that he is to be charged with these offences, so we will see how that plays out when he has his day in court," she said.

Johnson, who was released by Arnett Gardens at the end of the of the 2018-19 National Premier League season, has one year remaining on his contract at Tivoli Gardens.

STAR Sports contacted Tivoli head coach Philip Williams for a comment on the matter but calls to his mobile phone went unanswered.