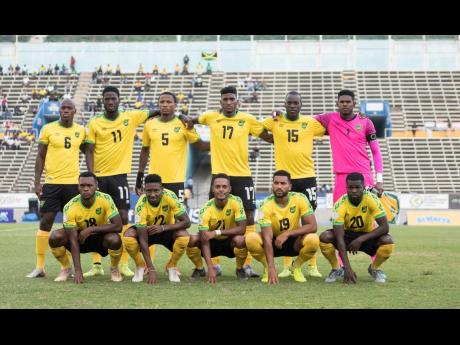 Jamaica’s starting 11 who faced Aruba in the Concacaf Nations League on October 13, 2019. 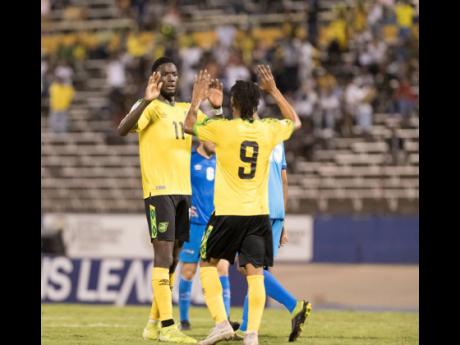 Shamar Nicholson (right) celebrates with his teammates after scoring against Aruba in the Concacaf Nations League at the National Stadium in Kingston on October 13, 2019. 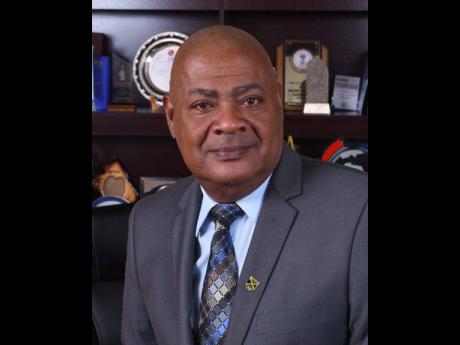 President of the Jamaica Football Federation (JFF) Michael Ricketts has said that the country's elevation in the latest FIFA world ranking is a step in the right direction for the national programme as it will help to open doors for the national players.

The Reggae Boyz have moved up two places to 45 in the latest ranking, which was released yesterday. The Jamaicans are now third in the Concacaf region after surpassing Costa Rica.

They still trail the United States, who fell two places to 23, and region leaders Mexico, who moved up one place to 11th overall.

Ricketts told STAR Sports that this is a very significant boost for the national players who are aspiring to ply their trade in top leagues across Europe because once the country maintains a high ranking, the players will be able to secure many more opportunities abroad.

"We want to stay under 50 in the rankings to ensure that we meet certain international requirements from certain countries and from certain clubs because we must give our players the best opportunity to ply their trade overseas," said Ricketts.

"This is some of the positive implications coming out of the present JFF that would have given so much support to the product itself to ensure that we maintain a consistent set of coaches who would have known the culture," he said.

Jamaica's improved ranking puts the country in good position to qualify directly for the final round of the Concacaf World Cup qualifiers to begin next year.

The new format, which was made official in July, gives the top-six-ranked countries in the region automatic passage to the hexagonal round, in which three teams will automatically qualify for the 2022 World Cup to be held in Qatar.

"We are very delighted, and we continue to make progress, and I must congratulate the coaching staff head coach, [Theodore] Whitmore, and the rest of the technical team," Ricketts said. "We just want to ensure that we hold down our position until the end of June, when the top six teams in Concacaf will get into the hexagonal stage," he said.