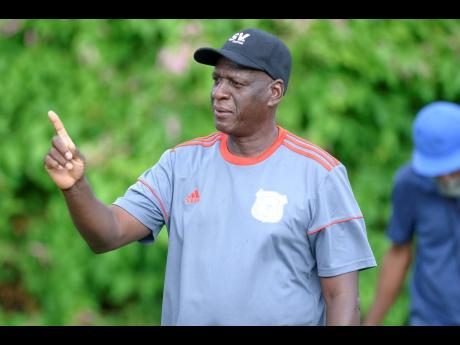 Camperdown High secured a spot in the quarter-finals of the ISSA/Digicel Manning Cup competition following their easy 4-0 victory over Tivoli High in Group D at the Alpha Boys Home yesterday.

The Christopher Bender-coached Camperdown were led to victory courtesy of a hat-trick from Shaqueil Bradford in the fifth, 50th and 54th minutes.

Craig Johnson was the other scorer for Camperdown in the 13th minute. In the group's other games, Edith Dalton James High and Mona High played out to a 1-1 draw, while the match between Hydel High and St Mary's College was not played as no referee showed up.

Bender said he was pleased with his team's performance.

"It was a good performance overall because we met our objectives by qualifying as the top team in the group," said Bender.

"I think with this we will, hopefully, get a team that is manageable in the quarter-finals because with how the rankings go, the more you win convincingly you will setup yourself better in the next round," he said.

Camperdown have been in excellent form so far in the competition. They have scored 23 times and are yet concede a goal.

Bender added that his defensive unit has been playing well and he hopes that they can carry this over into the next round of the competition.

"Defensively, the team has been doing well in terms of organisation," Bender said. "We try to work on our shape and I am satisfied with how we have been going about our business because we will be tested when we meet better teams in the next phase of the competition."

All matches kick off at 2 p.m.