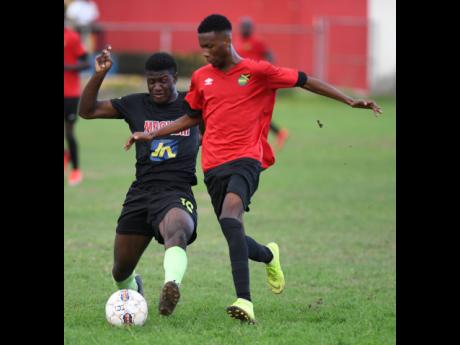 Eurado Cornwall, chairman of Molynes United FC, says they have nothing to fear when they tackle two-time defending champions Portmore United in their first ever Red Stripe Premier League match tonight.

The team is conditioned by experienced coach Lijyasu Simms, who is coaching at this level for the third time in his career.

Cornwall told STAR Sports that they have had a good preseason and his players are now eagerly awaiting the start of today's match against the champions.

"We are prepared just like any other team because we have done what is necessary both mentally and physically and so we are ready to go," said Cornwall.

"We are not nervous in anyway because we are going there to play good football.

"This will be a very good test for the team to see where they are and what sort of improvements they will need going forward," he said.

Cornwall underlines that his players are well aware of the task at hand this season and are prepared to do their best to ensure that the club do well this season.

"We have a very competent coach and we trust him to deliver for us because he has done a lot of work in the preseason which we are very happy about now," he said.

"Our objective just like any other club is to win the Premier League and that is our mind frame right now and the players believe in that," Cornwall said.

On the other hand, Portmore United, who will be aiming for their third straight title, are being conditioned by former national player Ricardo 'Bibi' Gardner, who has taken over from Shavar Thomas at the end of last season.

They will be without top striker Javon East and ace midfielder Ricardo Morris who have left the club for overseas loan stints. Portmore United have acquired the services of Tevin Shaw from Tivoli Gardens, Kareem Banton, formerly of Excelsior High school as well as Courtney Allen of UWI.

The match will be played at the Anthony Spaulding Sports Complex starting at 8:30 p.m.