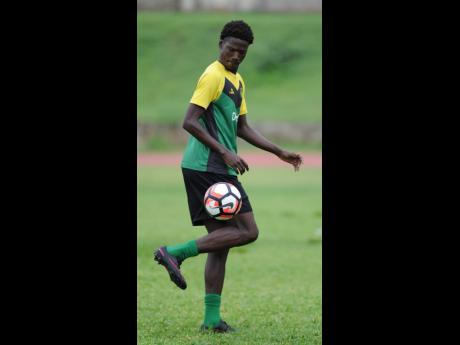 The 22-year-old Nicholson, who has been in good form this season, has netted 12 goals for the club, which has lifted them to third in the Slovenian PrvaLiga competition.

Once the club maintained its third spot in the league, then it will qualify for the UEFA Europe League next season.

"He has made great progression, because I think it shows the strength and character of Shamar being in a foreign country without his family or friends," Price said. "He has really equipped himself overseas where the club has found enough confidence in him to sign a three-year contract on a Caribbean and Jamaican player.

He has been a great ambassador for me and it will open the door for other Jamaicans, and that you don't have to go directly to MLS (Major League Soccer) in the United States to play overseas.

"He has shown the requisite tenacity and character to survive over there and perform well enough to get a three-year contract, so I am definitely proud of him," Price said.

"This also shows that we have players in this country who can deal with a lot of hardships, and the distance and foreign language, and still succeed. Credit must be given to Shamar for being the great ambassador that he has been for us here at Boys' Town."

Nicholson, who has five caps for the Jamaica so far, was a member of the Reggae Boyz squad that finished second in the 2017 Gold Cup tournament in the United States.