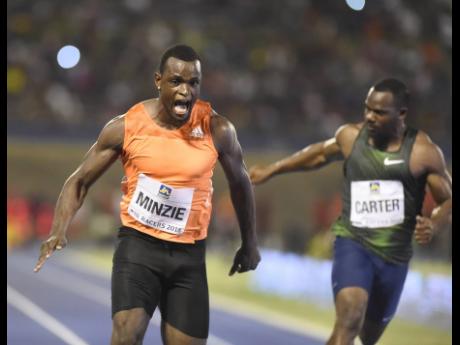 Jevaughn Minzie (left) wins the Men’s 100m A race ahead of Nesta Carter at the Racers Adidas Grand Prix at the National Stadium last year. 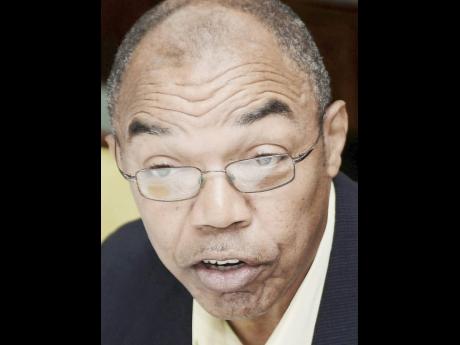 Jamaica Athletics Administrative Association (JAAA) president Dr Warren Blake has denied a rumour that the Jamaican athletes who are set compete at this year's IAAF World Relays Championships in Yokohama, Japan, are receiving a per diem (daily allowance) of less than J$2,000.

Blake told STAR Sports that athletes are receiving more that the figure, which has been circulating on social media, but he said he was unable provide an accurate figure of what they are receiving.

"That is a straight up lie and a fabrication," Blake said. "The juniors get more money than that, and we give our senior athletes more than what we give the juniors."

Blake added that his association operates on a very tight budget and says it is doing the best that it can to provide for the athletes.

"We are under no obligation give them a per diem," he said. "The per diem is not a payment, so whatever they get is just to help with the incidentals. We lodged them in a hotel and they are getting three meals, so the per diem is to help with additional expenses."

Meanwhile, sprinter Tyquendo Tracey had strong words on Instagram regarding the rumoured per diem figure.

"I look forward to a day when the national teams that we work our a** off to make are about the athletes and not the managers/coaches," Tracey said. "I would love if some of these athletes that are able to make a change just stand up and speak out for the athletes who actually want the help. I have also noticed that these people (athletes) say nothing and let it slide because they have money and what the country offers means nothing to them."

Tracey will be on Jamaica's 4x100m relay team, which also consists of Nesta Carter, Julian Forte, Chadic Hinds, and Jevaughn Minzie. Their event gets under way at 7 a.m. Jamaica time tomorrow.