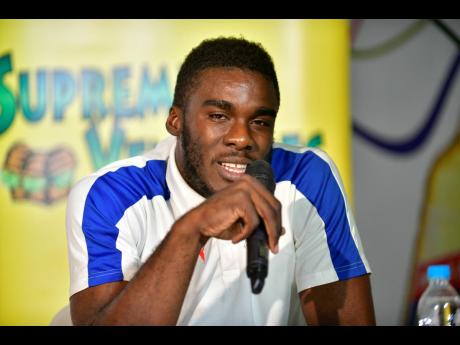 Portmore United goalkeeper Shaven-Sean Paul said he is very focused on keeping a clean sheet in Monday's final of the Red Stripe Premier League competition against Waterhouse at the National Stadium.

The 28-year-old custodian, who won the Goalkeeper of the Year award last season, told STAR Sports that he has prepared himself mentally and physically to deal with whatever challenge which may arise in the final.

"I think that once I keep a clean sheet, then it is guarantee that we cannot lose," Paul said. "A clean sheet is important because if we do this, then I know that we have the firepower to score some goals and win the game.

"The focus is not on pressure because it is football, and it is two competitive teams playing, so it just how you execute your role on the day," Paul said.

The stoutly built goalkeeper, who missed most of the season due to injury, has kept eight clean sheets in 16 matches this season. In fact, Paul added that he is now raring to go having missed last year's final due to injury.

"I am mentally ready for this final because winning this trophy would mean a lot to me because last year, I wasn't able to keep in the final as I was injured," he said.

"I have an important role because every time I step out on the field, my aim is to keep a clean sheet," Paul said.

"But sometimes it doesn't happen, but I am always in the mental frame of mind and I have the mental focus to execute whenever I am out there on the field," he said.

Paul noted that his team has prepared well for this final and everyone is looking forward to giving a good account of themselves.

"Our fate is in our hands and so we have to prepare physically and mentally. So we have go out on the field execute on the day," Paul said. "I think once we play Portmore game then we should come out victorious in this final."