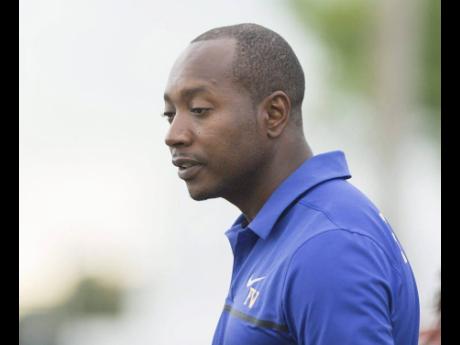 Coach Philip Williams has said that he is uncertain whether he will be returning to Red Stripe Premier League (RSPL) club Tivoli Gardens next season.

Williams was named interim coach of the west Kingston-based club at the end of January for the final seven matches of the season following the sudden departure of Omar Edwards.

During his time in charge of Tivoli, the club recorded one win, a draw and five defeats. His only victory was against defending champions Portmore United.

Williams told STAR Sports that since the season ended a couple of weeks ago, he has not held any discussions with the club's hierarchy as club president Edward Seaga is currently overseas on personal business.

"We haven't discussed in terms of a long-term contract or plans as to who will be in charge of the club for next season," said Williams. "I am really not certain at this point what is going to happen or if I am going to back there for next season," he said.

"I am in the process of sending a proposal to them, whether or not I will be going back, because I believe that there are things that need to be sorted out there."

Tivoli missed this year's RSPL play-off competition after they finished seventh in the standings with 39 points.

Williams added that he has learnt a lot from his short stint at the club and that he is hoping that he will be given the opportunity by the club's president to return next season.

"Mr [Edward] Seaga is not in the island right now, and he is the person that calls the shots there, and this is not something that I will want to put on him now based on the fact that he is not well at the moment," Williams said.

"Well, the experience is good because I see [benefits] for myself because the Premier League is the top league in the country, and so, yes, it is challenge that I would love to take on full time," he said.