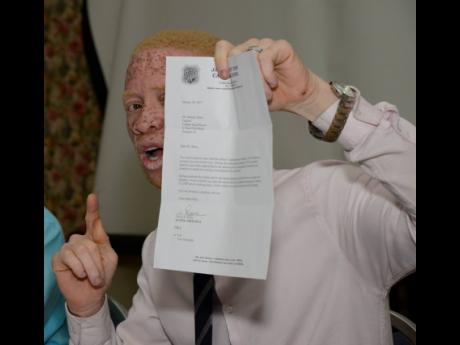 Shaw said he was assaulted by Russell and Taylor during an overnight physics camp he had on the school campus on December 15, while the athletes were staging a training camp at the same time. He gave details about the incident during a press conference at the Family Life Ministries headquarters last Friday.

However, Rowe said in a press release that the video recordings provided by Shaw almost a month after they were first requested, did not show any evidence of an assault.

"It became clear to us as the investigations proceeded that there were conflicting accounts on key aspects, for example, the two students involved strongly denied assaulting Mr Shaw and testified instead to the contrary; while one student admitted to shoving the teacher's phone from the face of his teammate, he was adamant that he did not step on the instrument," Rowe said.

"Having taken all things into consideration and noting the conflicting reports and the lack of evidence of any assault on the video footage, we decided not to escalate the matter to the Board, but to deal with it at the level of the school's senior leadership team," he said.

Rowe added that the issue has led to many disgusting, unsavoury, unnecessary and uninformed responses and actions by persons known and unknown.

"We have learnt, for example, of social media posts fraudulently claiming to be from the two students in question and acknowledge their public statements disassociating themselves from these posts," said Rowe.

"We join them in denouncing these acts and support their reporting them to the police for appropriate action," he said.

Continuing, Rowe added: "As regrettable as this saga is, it has provided another opportunity for us to reaffirm our commitment to the formation of the young lives entrusted to our charge. It has served as a teaching moment for students, staff and other stakeholders and will assist in our constant review of our processes and practices. We are confident that this matter will result in a renewed commitment to our motto, The Utmost for the Highest.