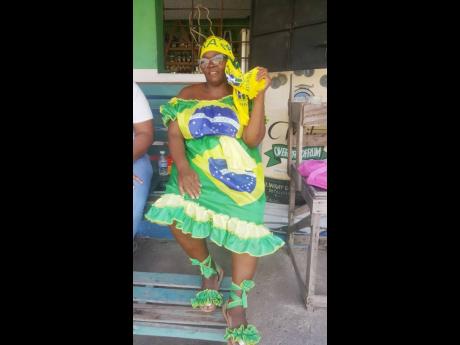 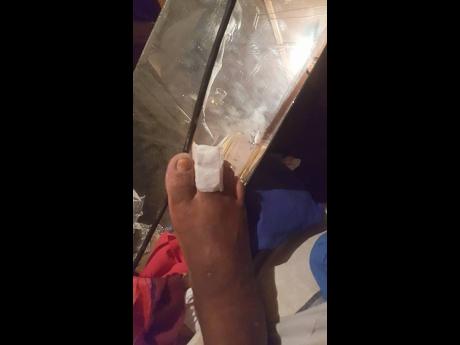 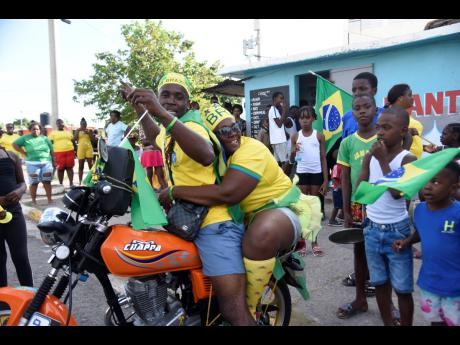 Broken toe or not, Ann Marie Brown-Hall was not afraid to get on the bike back.
1
2
3

Caught up in the euphoria of her team's first World Cup game, Trench Town resident Ann Marie Brown-Hall said that she severely fractured one of her toes while celebrating.

The 48-year-old mother of eight was rushed to the Kingston Public Hospital (KPH) for treatment and is now due to visit a bone specialist on December 13.

"I was inside my house watching the match (against Serbia) but my sons were outside making fun of me because Brazil wasn't winning at the time. So when the first goal scored, I was like charging out of the house to go and call him and a say, 'Bebeto, Bebeto, wi score!'. But same time he was charging inside to come and ask me who scored. Him brake up when him see say wi a collide together but this was the result of my celebrations. I left KPH about midnight," she said.

The popular seamstress said that although she was still in excruciating pain, she could not miss any of the festivities in her community that usually transpire whenever Brazil play.

"I can't even wear shut up shoes because the toe entirely moved from the joint. His foot went underneath my foot and then push the toe out of the joint. Even now I am feeling pain but it come in like the pain no matter to me, enuh, me only wah know my team win," Brown-Hall disclosed.

On Monday, after her beloved Brazil brushed aside South Korea 4-1, Brown-Hall frolicked with a sea of Brazil supporters. The jubilant residents paraded on Collie Smith Drive with great enthusiasm during their customary 'winning' march. Brown-Hall, who enjoyed a ride on the back of a motorbike, said her love for Brazil was influenced by Ronaldinho at the 2002 World Cup held in South Korea and Japan.

"I was like 'Who is the buff teeth man on the field?' and from ever since a Brazil mi say," she said.

"Mi live a Trench Town since the 70s and di fuss time me see something like this was in 2018, but is like it get bigger now. Maybe it is the colour of the flags or maybe it is the fact say Pele is a black man, but mi know fi a fact say Trench Town say Brazil," she said.

Brown-Hall, who operates a sewing business on Fifth Street, claimed that business has been thriving since the tournament began on November 20.

"I made an outfit for myself before the start of the World Cup and ever since people saw me in it dem say dem wah mi mek something for dem. Just today alone mi get a bag a orders for the match coming on Friday. Mi cyah manage but mi affi give thanks. It show say mi side great, a dem alone can bring people together like this," she said.

Brazil will look to book a semi-final spot when they take on Croatia, runners-up in 2018.