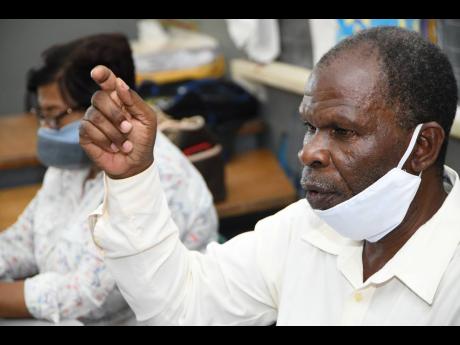 Three weeks after leading a strike that left much of the commuting public grounded, Egeton Newman is now beseeching his colleagues not to take any action that could lead to further chaos in the fragile transport sector.

Newman, head of the Transport Operators Development Sustainable Services (TODSS), is urging operators to delay any industrial action until the Andrew-Holness led provides a response to its request for a payment plan for operators to settle outstanding traffic tickets.

"We urge our members not to engage in any protest. We are urging all transport operators to go to work. People are depending on you, it's Christmas now, people want to go up and down, and we ought to carry them," Newman said.

Stung by the possibility of losing their livelihoods, transport operators recently went on strike to demand a traffic ticket amnesty from the Government. However, the Holness-led administration said none will be granted.

Newman said that his organisation held talks with Transport Minister Audley Shaw, and are hopeful that their request for a payment plan will be favourably considered.

"The payment plan [proposal] was taken to Cabinet and we are waiting for a response. It has been 17 days and we expect to speak to the Minister of Transport, and we believe that Tuesday we will hear something definite from Cabinet because the prime minster has put a committee in place and, that committee is working the way forward on a payment plan for us," Newman claimed.

"The traffic violators will shortly find out that their licence can't be renewed, or their vehicles can't be licensed and warrants will be issued," said Chuck.

Newman, however, scoffed at Chuck's comment, saying the minister has a tendency to "speak out of turn sometimes".

"We are working with Minister Audley Shaw. I think several times Minister Chuck create anarchy and he is the one creating anarchy right now in the public transport sector. We are not relying on what Minister Chuck says," Newman told THE STAR.