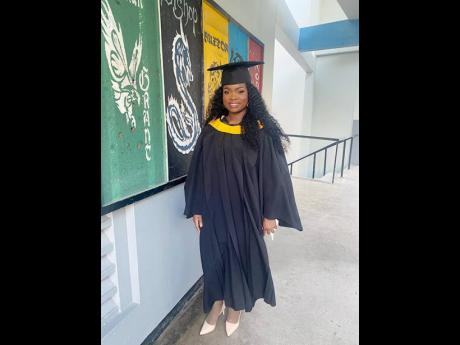 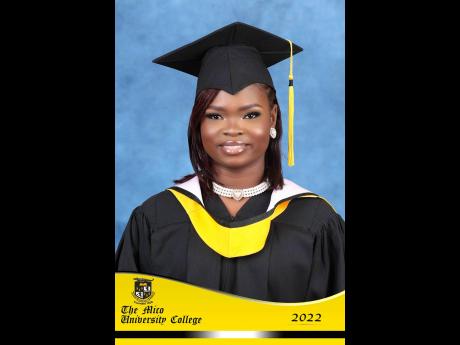 Sharkira Minott has a bachelors degree in special education from The Mico University College.
1
2

Shortly after leaving high school in 2012, Sharkira Minott began walking the streets of Morant Bay, St Thomas, selling peppered shrimp to passers-by. She had graduated from St Thomas Technical High School with five Caribbean Secondary Education Certificate (CSEC) but her inability to fund tertiary studies led to her embracing vending as a means of earning.

"I wanted to do something more with my life but my parents didn't have it to say, 'Okay, go to college'," she told THE STAR.

She was 17 at the time of selling her first set of shrimps, and spent the next five years walking in her mother's shoes as a street vendor.

"It was always about making the money to get where I wanted to be," she told THE STAR.

"I didn't feel anyway, I was actually excited about it. I knew persons would have negative to say but I wasn't focused on what they had to say."

Minott, 27, said she always considered vending to be a stepping stone towards a successful career, even though she had no idea which profession she wanted to be part of. By the time she was 21, Minott had left the streets of Morant Bay and had taken up a 'permanent' spot at the gates of Lyssons Primary School. It was while at the school gate that her interest in teaching was stimulated.

She applied to teacher-training institution, The Mico University College, for entry into its special education degree programme but found that she did not meet the matriculation requirements. The university requires passes in Mathematics and English Language, which Minott did not have under her belt. However, instead of throwing in the towel, she attended evening classes, while still selling shrimp, for the necessary passes in order to enter Mico.

Minott began her secondary studies in 2018, and in her very first semester she had an experience which served as the impetus for her success.

"There was this girl who said, 'Sharkira used to walk and sell shrimp in Morant Bay and at school gate. She is a nobody, why is she here?'. Honestly, when she said that, me did feel a way. I was very upset but I had an end goal," she said.

The Seaforth native said she used the comment as added motivation to successfully complete the degree programme. On December 1, she graduated from Mico with a bachelors degree in special education and a minor in assessment.

"I feel good in myself to know I made my mother proud. My goal doesn't stop here," said Minott while urging others who have found themselves in challenging situations not to give up. She admitted that when she started selling shrimp, her end game was to "save enough so I could move forward in life". She said that college only came in the picture when I started selling at the school gate.

Reflecting on her journey, Minott's advice to others is to never allow themselves to be defined by their current situation.

"If you have to walk and sell bag juice, keep the fire burning, and do not let anybody discourage you," she said.