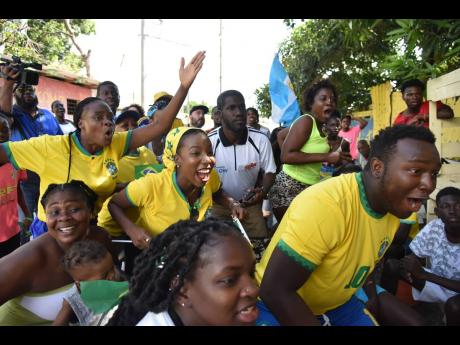 All eyes are glued to the television as Brazil launched another attack on the Switzerland goal. 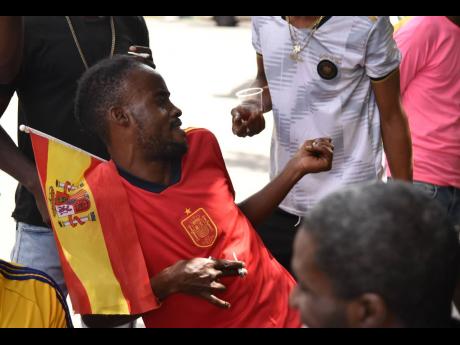 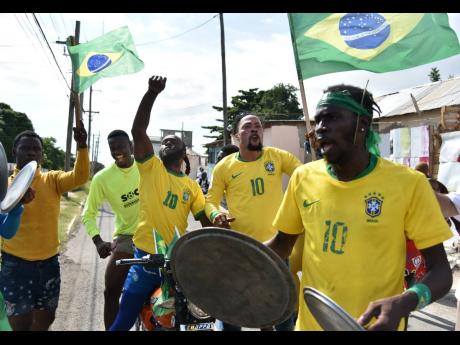 With their team securing another win to progress to the knockout round, Brazil supporters in Trench Town went on a victory parade. 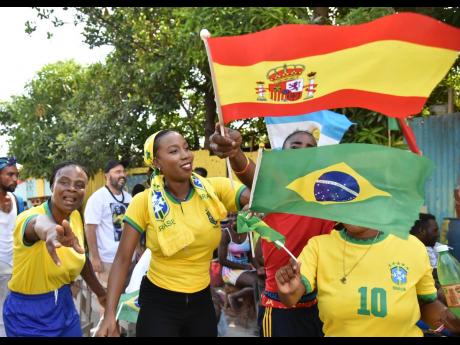 Brazil supporters including Host of Cheers to the Cup Shanel Lemmie (centre) celebrate the team’s second victory in this year’s World Cup.
1
2
3
4

After the first goal in the Brazil vs Switzerland match was disallowed yesterday, all of Trench Town, which is a Brazil supporters' stronghold, felt a collective rush of nervousness.

Sitting among the few Brazil naysayers, Errol Dixon, who said he is a lifelong supporter of the South American side, held his head in his hands.

The octogenarian sat in nervous excitement for almost the entire match, only doing head movements when asked if he was doing fine by concerned onlookers. It was only when Brazil midfielder Carlos Casemiro broke through the Swiss defence in the 83rd minute that he finally breathed a sigh of relief. As the birthplace of reggae music erupted around him, Dixon fell to his knees in celebration. Soon he was on the floor as Brazilian native Lucas Quieroz ran past him in a yellow and green blaze of glory.

Shortly after the match ended. Realising that the Samba Kings had qualified for the knockout round of the World Cup, residents poured on to Collie Smith Drive for the real party to begin.

Both sides of the community, almost in a shared consciousness, began to jump to the sounds of the 2010 World Cup anthem Wavin' Flag by K'NAAN. Knocking pot covers and blowing vuvezalas, no flag was left unwaved. Turning their attention southward, they mounted metal steeds and hopped mechanic wagons for the victory parade that culminated in downtown Kingston.

Now assured of their place in the knockout round, the chorus 'One Brazil' accompanied by the orchestra of match day instruments echoed throughout the entire Corporate Area.