ONE-MINUTE READS ... News from across the world 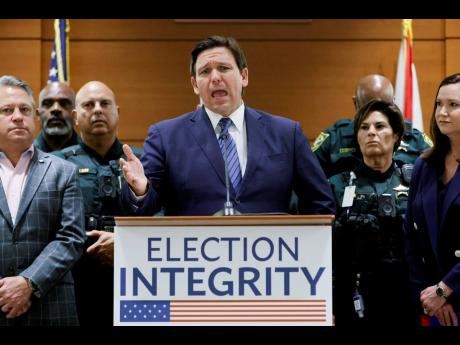 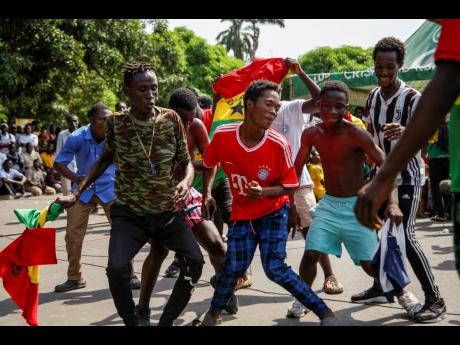 Ghana soccer fans dance as their team scores a goal in the World Cup Group H soccer match against South Korea, played in Doha, next to a video screen erected outside the state broadcaster in the capital, Accra, yesterday. Ghana won the game 3-2.
1
2

Elon Musk will support Ron DeSantis if he runs in the 2024 US presidential election race.

The Florida governor has been tipped as a potential US leader and could rival Donald Trump for the Republican nomination at the next election, and now has the backing of the Twitter owner.

Musk wrote on the platform: "My preference for the 2024 presidency is someone sensible and centrist. I had hoped that would be the case for the Biden administration, but I have been disappointed so far."

Asked if he would support DeSantis in 2024, the world's richest man replied: "Yes."

The maverick tycoon pointed out that he was a supporter of Barack Obama to show that he has a range of political views.

Musk said: "As a reminder, I was a significant supporter of the Obama-Biden presidency and (reluctantly) voted for Biden over Trump."

The Tesla billionaire, who is white, grew up in South Africa.

Although Musk will not be supporting Trump's bid for the White House, he has described the decision to ban the former president from Twitter after the attack on the US Capitol last year as a "grave mistake".

A new COVID-like virus with the potential to jump to humans has been identified in bats in China.

Chinese and Australian scientists have taken samples from 149 bats across the province of Yunnan and identified five viruses that are "likely to be pathogenic to humans or livestock". Among them was a bat coronavirus closely related to the disease that has gripped the planet for the past two years.

Professor Eddie Holmes, an evolutionary biologist and virologist at the University of Sydney, said: "This means that SARS-CoV-2-like viruses are still circulating in Chinese bats and continue to pose an emergency risk."

Professor Stuart Neil, head of the Department of Infectious Diseases at King's College London, added: "This study gives a very important snapshot into the evolution and ecology of (coronaviruses), the scope for them to recombine and skip into new species regularly."

Hawaii's Mauna Loa, the world's largest active volcano, has started to erupt for the first time in nearly four decades, prompting volcanic ash and debris to fall nearby, the authorities said yesterday.

The eruption began late Sunday night in the summit caldera of the volcano on the Big Island, the US Geological Survey (USGS) said. Early yesterday, it said lava flows were contained within the summit area and weren't threatening nearby communities.

"However, lava flows in the summit region are visible from Kona. There is currently no indication of any migration of the eruption into a rift zone," the Hawaiian Volcano Observatory said in a statement. A rift zone is where the mountain is splitting apart, the rock is cracked and relatively weak, and it's easier for magma to emerge.

How long the volcano erupts and whether it could cause lava to flow to populated areas of the island is impossible to predict, said Miel Corbett, a USGS spokesperson.

The World Health Organization has renamed monkeypox as Mpox, citing concerns the original name of the decades-old animal disease could be construed as discriminatory and racist.

The UN health agency said in a statement on Monday that Mpox was its new preferred name for monkeypox, saying that both monkeypox and Mpox would be used for the next year while the old name is phased out.

WHO said it was concerned by the "racist and stigmatising language" that arose after monkeypox spread to more than 100 countries. It said numerous individuals and countries asked the organisation "to propose a way forward to change the name".

In August, WHO began consulting experts about renaming the disease, shortly after the UN agency declared monkeypox's spread to be a global emergency.

To date, there have been more than 80,000 cases identified in dozens of countries that had not previously reported the smallpox-related disease. Until May, monkeypox, a disease that is thought to originate in animals, was not known to trigger large outbreaks beyond Central and West Africa.

Outside of Africa, nearly all cases have been in gay, bisexual or other men who have sex with men. Scientists believe monkeypox triggered outbreaks in Western countries after spreading via sex at two raves in Belgium and Spain. Vaccination efforts in rich countries, along with targeted control interventions, have mostly brought the disease under control after it peaked in the summer.