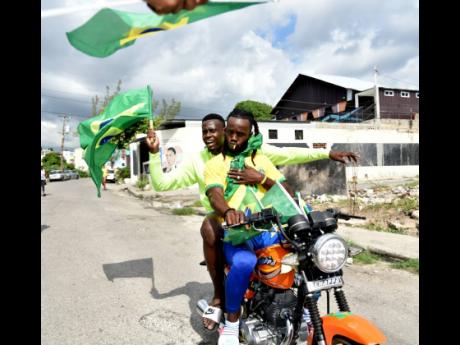 Brazil supporters hit the road to celebrate their team’s second win of the World Cup. 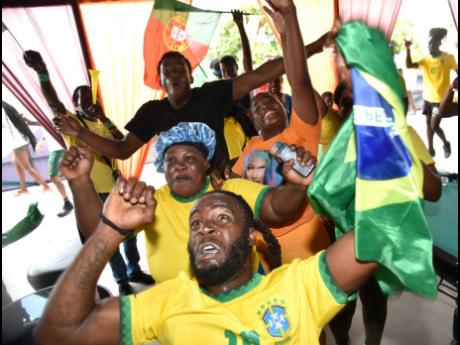 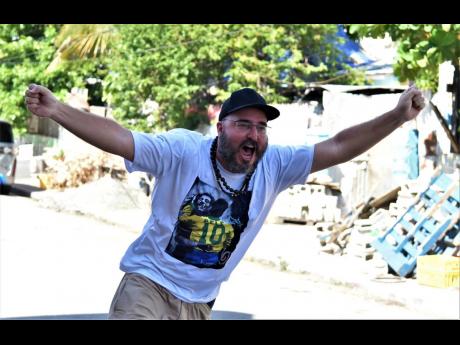 Brazilian national Lucas Quieroz said he felt at home yesterday as he celebrated his country's 1-0 victory over Switzerland with several residents in Trench Town, who later flooded Collie Smith Drive to display their jubilation after the final whistle.

He almost fell as he ran breathlessly towards the parade from off Second Street where he watched the game with a group of people. With his arms spread, Quieroz quickly joined the jubilant group jumping up and down in the streets while shouting "Brazil, Brazil!".

"Brazil is so warm in the hearts for so many Jamaicans and it feels really good to see so many of them cheering us on, so I want to thank the Jamaican people for cheering on Brazil. It is so beautiful, I saw (on social media) how the people in Trench Town, a city full of Brazilian fans, were celebrating the previous game (against Serbia)," said the ecstatic South American.

Quieroz, who lives in Minas Gerais, and was in Jamaica on vacation for 10 days (he left yesterday after the game), said the electric atmosphere that was on display in the South St Andrew community was reminiscent of home.

"It's like what you are seeing here in Trench Town, but there we have different villas and they are full of people and everyone is there cheering. There is no working time, everyone in Brazil has to see the game and I am sure they are all taking in some cold beers and just enjoying the game," he said.

The football-loving tourist also shared that he decided to visit because he became intrigued with Jamaica from a tender age and wanted to find out what made it so special.

"Brazilians are very excited about the Jamaican people. We did some touring of the island and went to the beaches in Negril, Montego Bay, Ocho Rios and now we are here in Kingston and watching the game of Brazil," he added.

The result means that the South American giants have secured their place in the knockout rounds of the World Cup.

Looking ahead, Quieroz said it doesn't matter who his country plays en route to lifting the trophy, although he admitted that most Brazilians are eager to play Germany to avenge their 7-1 humbling at the hands of the European powerhouse in 2014.

"It was a very sad day for Brazilians. It was not very good at all, it was very sad because we didn't expected it. You normally expect to lose like 4-2 or 4-3 but for seven, that was a sad day in Brazil. But now we are going to be happy again in this World Cup," he said.

"Brazil wants a revenge against Germany. We want to win 7-0 against Germany but I don't think that's going to happen. But it doesn't matter the team Brazil plays because we are going to win. We could try to beat Argentina, Germany, anybody," he added.