Guzzu was not enough to stop Brazil 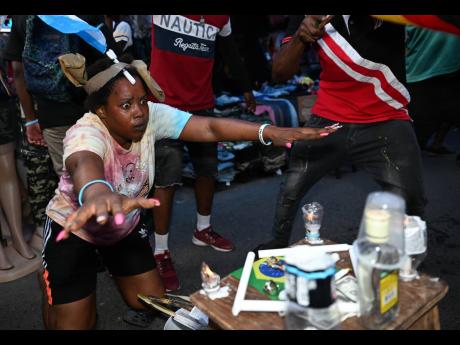 Kadeen, who said she is an Argentina fan, tried her best to work guzzu on Brazil as the South Americans took on Serbia in the World Cup on Thursday. The Samba Kings came out 2-0 winners but star player Neymar did pick up a knock to his ankle. 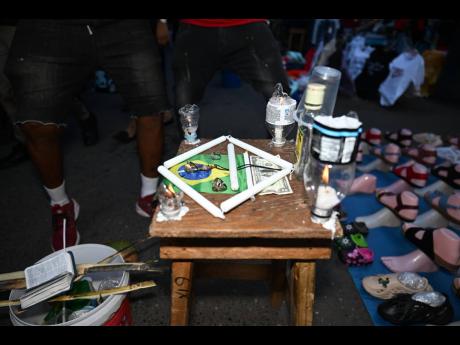 Some of the items Kadeen and her ‘crew’ used as they tried to influence the outcome of the Brazil-Serbia match. 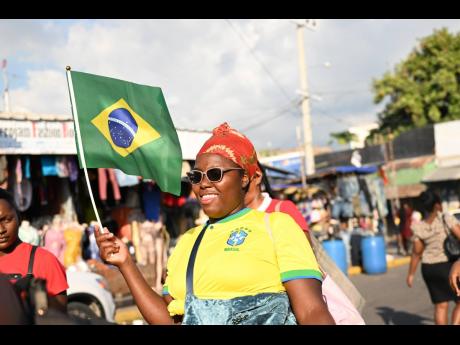 A Brazil supporter shows off her jersey and flag in downtown Kingston on Thursday. 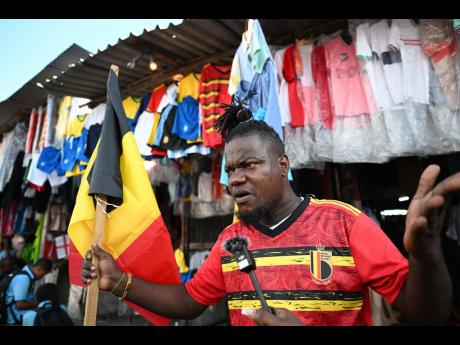 Despite the win for Brazil, Belgium supporter Chevaughn Anthony Salmon was not impressed, and is adamant that if the South Americans face his team, they will meet their demise. 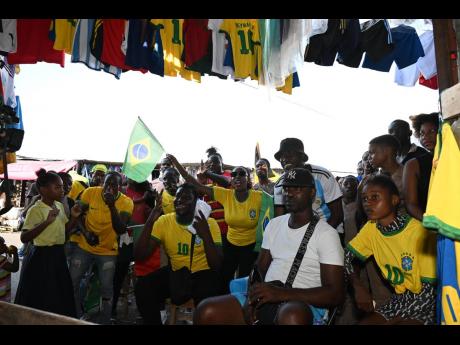 Brazil fans could not get enough of the match. 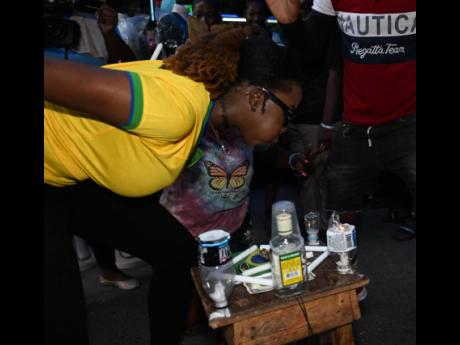 Host of Cheers to the Cup and Brazil fan Shanel Lemmie tries to counteract Kadeen’s magic. 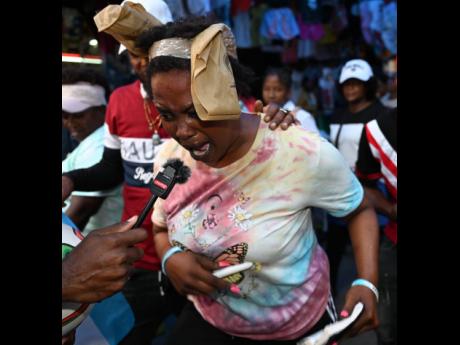 While Samba fans flooded the streets yesterday to witness Brazil's first match in this year's World Cup, naysayers turned to the occult to try and counter their well-wishers.

Smack-dab in the middle of Beckford Street in downtown Kingston, as the Serbians fended off Brazilian attacks, Argentina-supporting Kadeen and her band of merry men 'guzzu-ed' away to keep one of the title favourites under wraps.

"Guzzu guzzu! Guzzu dung!" they chanted over their makeshift altar of candles, guard rings, a protection pendant, white rum and an American dollar, all of which were placed on a Brazilian flag.

Ring leader of the bunch, Kadeen, was in constant motion as she held on to her New Testament Bible while performing the ritual.

She yelled, "Aye fyah! Dem too much! Dem too much! Why unuh a torture Messi? Di wickedest obeah a mouth! So mi affi work more obeah cah dem a obeah him by mouth! Science! Fyah!"

Though likely sure their ritual was responsible for Serbia's strong defence in the first half, Brazil forward Richarlison's double strike quickly broke whatever hex may have been on the Samba kings.

As the ball entered the net, seemingly in slow motion, the market district devolved into a frenzy of fanatic followers with lungs of steel reaching unmatched decibels with their celebration.

Chevaughn Salmon, proprietor of Turnover Fashion, where the match was being watched, stood in embarrassed silence, as just moments before he was leading the chant 'Serbia a big side!' A fan of Belgium himself, he later said the 2-0 result was a disappointment at best.

"But you see otherwise, Brazil nuh like see Belgium because a 2-1 mi gi him the last World Cup. Anytime we buck, we a kill Brazil because World Cup nuh start today, it start from England drop the six. And it continue with France weh drop dem big score and it continue with Spain weh drop dem big score. A waste Brazil waste dem time drop two love! Shame on dem none before first half?!" he added.