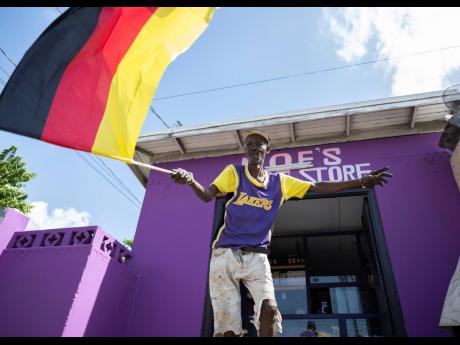 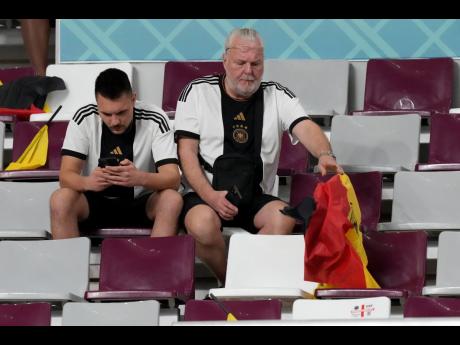 Germany supporters are dejected at the end of the World Cup group E soccer match against Japan, which their team lost 2-1. 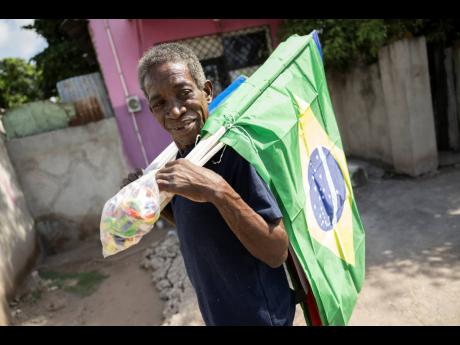 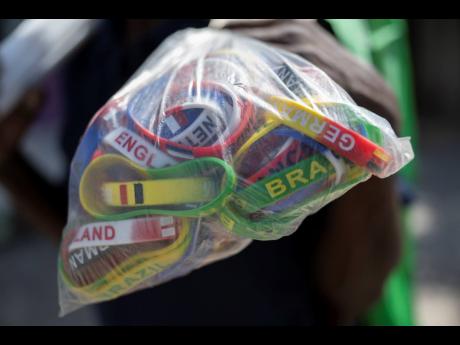 Some of the wrist bands Bennett has on offer. 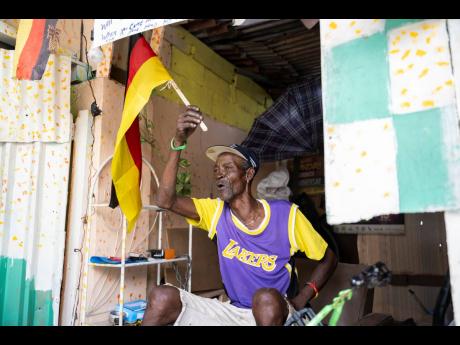 Patcha also reminded Brazil fans of the humiliating defeat their team suffered at the hands of Germany in the 2014 World Cup.
1
2
3
4
5

In spite of the 2-1 upset experienced by Germany on the fourth day of the greatest show on Earth, die-hard supporter Patrick Ricketts, known to most as Patcha, said he is not abandoning his team.

Seated in his bicycle shop on Olympic Way in St Andrew, Ricketts told THE STAR, "No man, that nuh jerk we man. That a simple thing man."

Flanked by three Germany flags he said, "One match weh we lose nuh jerk Germany. Germany a running side but Japan just lucky fi hitch back one."

Germany's defeat came yesterday morning at the hands of Asian underdogs Japan. Germany's Ilkay Gundogan gave the Europeans the lead in the 33rd minute. This was until Japan's Ritsu Doan equalised in the 75th minute. Not long after, Germany's fate was sealed by Japanese striker Takuma Asano. Both Japanese goalscorers were substitutes.

In true German fashion, Ricketts made sure to mention the Brazil flag that he had surprisingly affixed to his stall.

"The reason why me have dah Brazilian flag deh a the reminder of the seven weh dem get," he said, joyously using the memory of the embarrassing 7-1 beating that the Germans inflicted on Brazil eight years ago to quell the sting of his fresh wound. He went on to give the 'Samba boys' a warning for their upcoming matchup with Serbia today at 2 p.m.

"Brazil next. You haffi say that because nuff a di big side dem a get drop out," he shouted clutching his flag.