Disappointment as Argentina off to a ‘Messi’ start 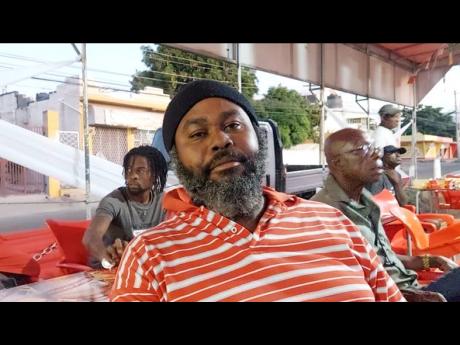 Argentina fan Stephano Smikle was not pleased with his team’s opening game, as the South American giants lost 2-1 to Saudi Arabia. 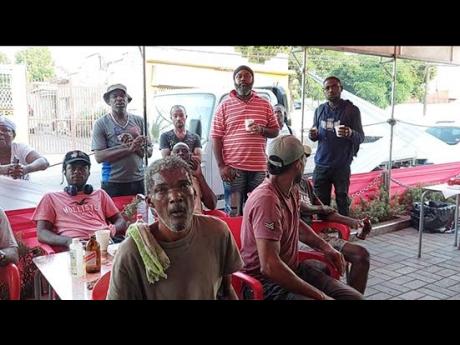 These men braved the early morning temperature to watch the Argentina - Saudi Arabia match at Sonia’s Place on the Terrace on Waltham Park Road in St Andrew. 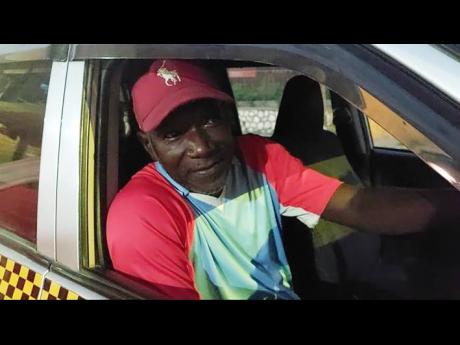 Wilson, a taxi operator who plies the downtown Kingston to Waltham Park route, parked along the side of the road to watch the game.
1
2
3

A look of total bemusement was plastered over the face of Stephano Smikle, who left the comfort of his home about 4:30 a.m. on Tuesday to watch Argentina slump to a 2-1 defeat in their opening game of the World Cup at his friend's sports bar along Waltham Park Road in St Andrew.

To make matters worse, Smikle confessed that he had dreamt the night before that the South American giants would inflict a 5-0 drubbing on their opponents in the highly anticipated Group C encounter. However, the shock defeat by Saudi Arabia served up a gut-wrenching slap back to reality for Smikle, who later became the subject of intense 'mouthing'.

"Bwoy mi never expect this at all," said Smikle. He said that he left his family at home and even made several adjustments to his work schedule in order to watch the match.

"Me do graphic design work but me also run a small transportation business where me carry children to and from school a day time. But true mi know say Argentina a play, me arrange fi a brethren tek on the work and mi pay him for it because me cyah miss mi side first match," he added.

Like many other Jamaicans supporting Argentina in Qatar, Smikle said that he was also very much "pumped up" to see them in action.

"Mi couldn't sleep last night, mi no know maybe a due to how excited I was. Mi get the dream from bout 12 midnight and couldn't go back to sleep. Every minute mi a look pon the clock a wait fi see 4:30 come," he said.

The businessman said he owns a sizeable flat screen TV and could have easily stayed home to watch the game. However, he admitted that he was hoping to see the look on the faces of his friends when Argentina won, led by a Lionel Messi hat-trick.

But despite the PSG superstar scoring the game's first goal from the penalty spot, his side was eventually overwhelmed by a determined and dodgy Saudi Arabia who scored their goals in quick succession during a nerve-wracking five-minute spell for Argentina.

But in an attempt to play down the impact of the 'mouthing', Smikle said that he believed the setback was a blessing in disguise.

"Mi prefer fi get my hiccup from now than later down in the tournament," he shouted.

Meanwhile, Audley Spence, the proprietor of Sonia's Place on the Terrace, and an ardent Messi fan, expressed belief that Argentina would bounce back in their next two group stage matches against Mexico and Poland to make a deep run into the tournament.

"But dem nah win it doah because a Germany a win it. Germany a my side from mi a boy a come up. Is just that mi have a different liking for Messi as a 'baller'. But if yuh look pon today's game, against a side who Argentina should be beating comfortably, yuh can see that it would take somewhat of a miracle for his country to win," he said.

But his sentiments were met with a loud 'hiss teeth' from a dejected Smikle.