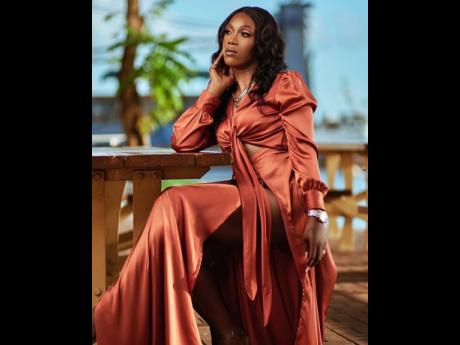 A family is in agony as they languish, seeking for answers that would lead them to the whereabouts of their relative Kimalee Larmond.

Larmond, 32, who left the island six years ago to work in the twin-island republic of Trinidad and Tobago, was reported missing on November 20, after she failed to report to work for her shift.

She worked as a security guard.

Family members yesterday told THE ST AR that they were contacted by her co-workers who said that they have been unable to locate her. They said that they knew something was amiss after calls to Larmond's cellphone went straight to voicemail and messages were left unread.

"That is not like her," Nadine McLeish, a cousin, said. "Her phone is never off, it is never dead. Once that happened, we found that strange and that's when persons started reaching out to the family."

McLeish said that Larmond has been reported missing in Trinidad, adding that "We are hoping for a positive outcome".

Larmond, affectionately called Dana, last visited Jamaica in January and was set to welcome the new year in her homeland. McLeish said Larmond invited the family to visit her newly constructed house in western Jamaica, and they are eagerly looking forward to meeting up.

"She was like, 'I'm not coming to your house this time. When I come to Jamaica you have to come to my house so unnu try make sure unnu pack up and come a Mandeville'. That was the plan and it still is because we are going to find her," McLeish said.

Described as humble and ambitious, the Balaclava, St Elizabeth, native left her bartending job six years ago and sought employment in Trinidad. Her family members, who have consistently been proud of her strides, are now worried sick.

"The family is confused, we need answers. We need to know what is happening, we want to know where she is. We family is totally broken basically and the unknown is killing us," McLeish said.